In July, we told you that Bruce Campbell was set to appear as Glenn Howerton’s father, John Griffin on Season 4 of A.P. Bio. Today, Peacock dropped the official trailer for the series. Get ready, all of your Whitlock High favorites are set to return next month.

The Lorne Michaels/Seth Meyers produced show follows the adventures of Jack Griffin (Glenn Howerton), a disgraced Harvard philosophy professor who is relegated to teaching advanced placement biology to honor students. According to TV Line, the streaming network will release all eight episodes of the series on Sept. 2.

Fans of Campbell will be happy to know that he is prominently featured in the promo and he will be guest starring in three episodes! After years of being an absentee parent, the veteran actor’s character has a “spiritual awakening” which prompts him to rekindle his relationship with Jack, much to his son’s chagrin. In typical deadpan fashion, Bruce describes the dynamic between himself and Howerton:

“Glenn is a good son – just a little bitter.”

In addition to the arrival of “Mr. Mr. Griffin,” creator Mike O’Brien has some surprises in store for viewers. A tornado is headed for the venerable Toledo, Ohio institution, Principal Durbin (Patton Oswalt) introduces uniforms to the student body which may or may not create a cult situation (you have to see it to believe it) and in an astonishing turn of events, a startling confession is made to Jack in a romantic setting.

For those viewers who want to revisit the hi-jinx of the past three seasons, A.P. Bio is currently streaming on Peacock. To subscribe to the FREE service which has an impressive array of sitcoms, movies, live sports and news click on this link.

If you want to see Bruce Campbell live and in person, check out his website for future events. 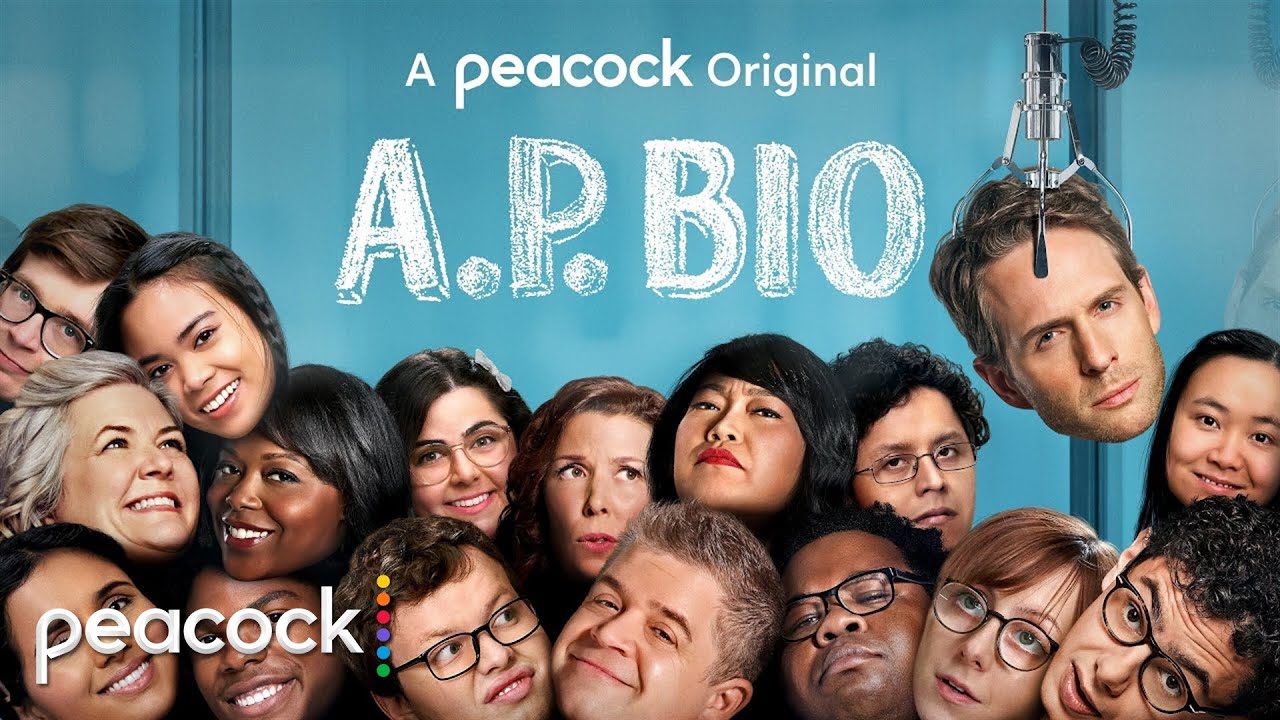