Christopher Garetano Interview: George Romero’s Influence on The Terror Just Off US:1

The Terror Just Off US:1 (2021) is the latest effort from Christopher Garetano, the creator of Strange World (2019) and Montauk Chronicles (2014). For those who are craving a departure from the cookie cutter horror franchise fare, this short film may be the answer to your prayers.

Clocking in at 9:43, this venture manages to showcase a range of profundity and complexity leaving you wishing for a feature length version of the compelling story. Garetano’s production centers around African American couple, Emma (Paige Kay) and Clarence (Khalil Boursiquot) and a fateful, harrowing night that will leave you questioning your sanity.

We had the chance to chat with Garetano about his love of George A. Romero films, his relationship with the late director and how he has become a muse for him throughout his career.

The Screening Space: Your work has been heavily influenced by the late great, George A. Romero. As a matter of fact, you have dedicated The Terror Just Off: US 1 to him. Was there a particular production of his that inspired your short? How did the story evolve?

Christopher Garetano: Romero's work certainly inspired me to make it. I think if there was one in particular it was Night of The Living Dead (1968). I really wanted to make a short that said more in its subtext but never forgets to be a horror movie. In that I mean the message should never be ham-fisted and it should leave a significant interpretation to the audience.

George Romero was a master of this balance of themes and subtext. He also managed to deliver it, in the best of his movies, with such grace, where the audience was never lectured or brow-beaten and we were always having fun with it. And, I loved how he reveled in the gruesome - grisly violence and gore. Those best Romero films like Dawn of the Dead (1978), Creepshow (1982), Day of the Dead (1985), Martin (1977) and Night of the Living Dead truly were the apex of his work and that style and its themes hit me so hard in my formative years. I also had the pleasure of knowing George for a bit. He invited me to the set of Diary of the Dead (2007) where I got to spend some time with him and watch him prep for a few scenes. 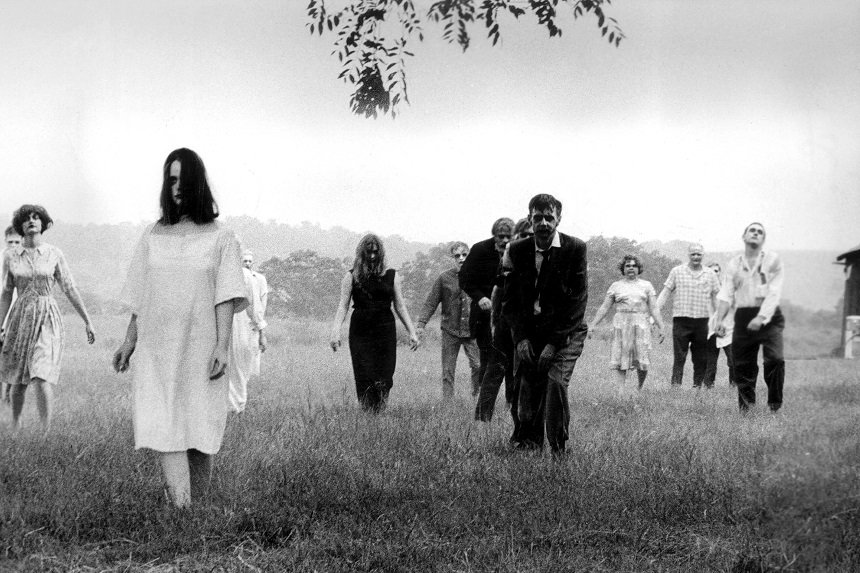 It's a moment in my life that I'll never forget and I'll always be grateful for. So, when I was storyboarding and writing the shooting script for the short, I was always working to give it depth. In its original concept it was lacking depth. It was a typical horror trope that I saw as a welcomed challenge to forge it into something worthwhile.

But I think every idea or script is simply a blueprint. It's not a movie until it evolves through all of its major stages of execution. You have to make the right choices across the board - choosing a location, hiring the right crew, designing set-pieces, blocking scenes. Every detail was and is so important to me.

Luckily, we had a fantastic cast and even then, you have to make sure everyone is tuned-in to the right tone and nuance. We had a nice tight, dedicated crew. The project really evolved in post-production. I edited everything and shot additional footage - in between making Strange World and my other projects that followed.

Post Production is honestly where its depth and meaning were forged. It's where I was working on constructing the true power of the story - in its sound design, rhythm and editing.

TSS: Your film takes place after WW II in the 50’s. America was just getting back on her feet again. Even though African Americans were an integral part of the war effort, they were not afforded the same rights as others.  Your two leads, Emma and Clarence have a horrific experience while they are engaged in a romantic moment in their car. What happens to them, (the action occurs offscreen) is traumatizing & definitely has sociopolitical undertones making the aftermath truly horrifying. Do you find the evil that we are capable of inflicting on others to be more terrifying than trying to fight off a more tangible threat like monsters?

CG: There were racial tensions around the country - especially in the south. Now, we seem to have these problems surrounding us again and it's such a strange, fucked-up time in our history. Sometimes I don't know if we're getting a straight story from the government or the news. So, that feeling of distrust and confusion is here, even in such a short movie.

I think racism is often hiding in the shadows. It doesn't reveal itself fully and it also hides in the most unsuspecting of people. It could be someone posing as a friend who in actuality is struggling with their own fear and hate. They could be playing two very different parts in life. The menace in my short is almost like a ghost as you never actually see them, but you're in the car with Emma as she is experiencing the most horrific scenario, while it assaults her ears and mind. 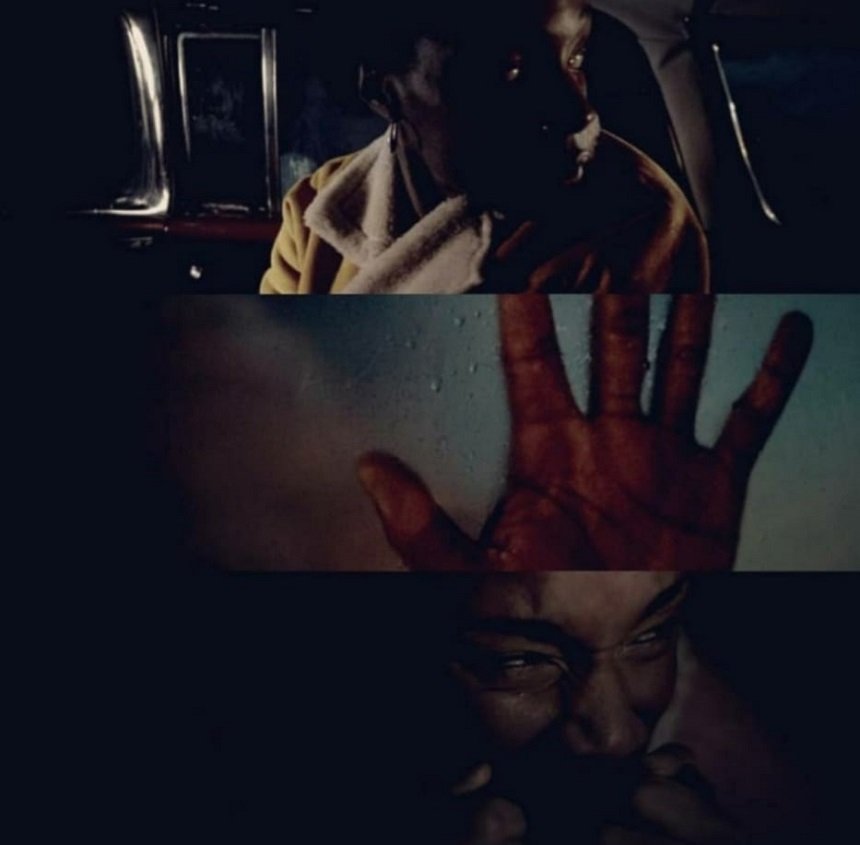 TSS: You shot your footage in black and white. Was this to make the events of the movie seem like a news reel from the past? There is a certain sequence in the feature that is very reminiscent of old crime scene photos.

CG: Exactly. I wanted it to feel that way but it's also another nod to George Romero as Night of the Living Dead, a movie about racial chaos (in its subtext), ended with that type of newsreel lead-out.
I wanted it to feel authentic so I created those black and white stills from the footage to have it feel like news photos of the crime scene.

TSS: Do you have plans to turn The Terror Just Off: US 1 into a full-length feature?

CG: Actually, I have thought of how a feature would work (evolving the themes and ideas that solidified in post-production) and its scary stuff. I think it could be amazing as a feature. I also never saw a movie quite like what I'm imagining so I might just decide to make it one day.

TSS: When will fans be able to see this venture?

CG: It will be available on my White Phosphorus Pictures YouTube channel today at 5:30 PM ET. 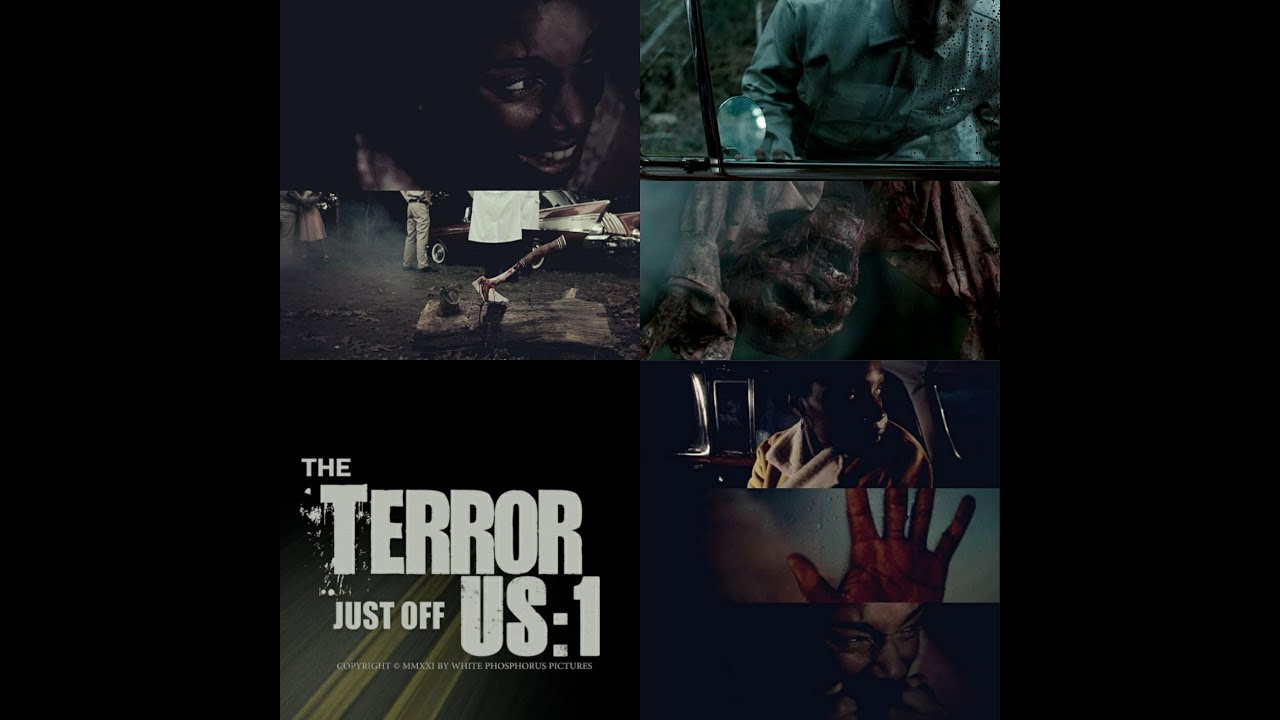