Evil Dead Rise Has Found a Home with New Line

While promoting his upcoming Evil Dead Watch Party on Jan. 23, Bruce Campbell revealed more information on the latest installment in Sam Raimi’s Deadite trilogy. What we know so far is that Lee Cronin wrote the script for Evil Dead Rise and that he will be helming the picture. It will be filmed on location in New Zealand which isn’t surprising considering that is where Ash vs Evil Dead, Jack of All Trades, Hercules: The Legendary Journeys and Xena: Warrior Princess were shot.

This time, the Dark Ones will be tormenting the living in an urban setting. Precisely what city the action will take place in is unknown.

However, the lead character is a single mother (as of yet, uncast) who will be fighting to protect her children from the demons’ wrath. While no other plot details have been divulged, Campbell who will be producing Cronin’s venture along with Raimi and Rob Tapert disclosed more intel on the forthcoming project.

In an interview with Pasadena Star News, Bruce stated that the film will be going through New Line which is now part of Warner Bros. He also specified that they are hoping to start shooting sometime this year, “whenever we’re allowed.”

Evil Dead Rise finding a home with New Line isn’t surprising because the company when it was known as New Line Cinema released the original Evil Dead in 1983. Founded by Robert Shaye in 1967, the business became known as the “House that Freddy Built” because of their long-time association with Wes Craven and his Nightmare on Elm Street franchise.

Perhaps in the near future, casting announcements will be made and a date for principal photography will be set. Until then, if you haven’t purchased tickets for Bruce Campbell’s watch party on Jan. 23 at 9 PM, what are you waiting for? Head over to Stellar Tickets ASAP! 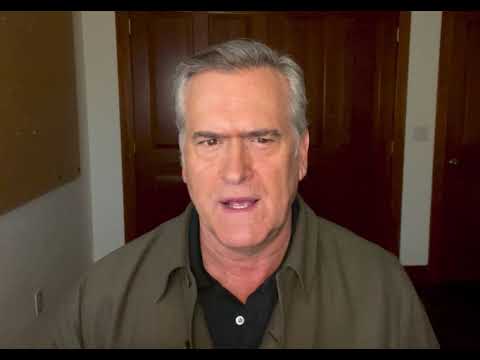