Groovy Movies That Turn the Big 5-0 This Year

As far as we are concerned, the 1970’s was a wonderful decade for film. There were so many stellar productions released during those years featuring today’s icons when they were starting to come in to their own professionally like Robert De Niro, Al Pacino, Harvey Keitel, Jack Nicholson, Meryl Streep and Diane Keaton.

Not to mention the elite club of directors that were working their way up the industry ladder like Spielberg, Lucas, Scorsese and Coppola who were hitting their creative zeniths. Screenwriters weren’t afraid of tackling controversial topics like the Vietnam War, government corruption, incest and prostitution.

The studio system that groomed so many of the classic, glamorous movie stars was toppled by the independents who were mavericks with their own definitive styles. Even the actors were no longer 24-7 photo ops, they were more like our next-door neighbors or people that we would encounter in everyday life.

1971 gave us so many memorable ventures.

Here is a list of films turning 50 this year that have made an impact on movie history:

This Stanley Kubrick helmed story set in futuristic Britain focuses on a gang of sadists known as “Droogs” and their immoral leader, Alex Delargein (Malcolm McDowell). Most of the time, the boys get their kicks beating people up, raping women and destroying property until one day, Delargein gets arrested.

In order to get his sentence reduced, the young convict agrees to undergo an experimental treatment known as the Ludovico Technique. It is designed to “cure” violent offenders of their particular vices. However, nothing goes as planned and Alex is left dealing with the horrendous aftermath.

Malcolm McDowell is a revelation as the youthful thug in Kubrick’s adaptation of Anthony Burgess’ novel. A Clockwork Orange put him on the map as an actor and turned him into a household name.

Based on Roald Dahl’s classic story, starring Gene Wilder as the iconic chocolatier and Jack Albertson as Grandpa Joe, Willy Wonka is whimsical and at the same time slightly creepy. A poor boy named Charlie dreams of living a better life.

With the help of his Grandpa, he obtains a golden ticket which will guarantee his admission to tour Wonka’s chocolate factory. The eccentric candy maker is actually looking to bequeath his wealth and his business to a deserving candidate.

Of course, the tour is a ruse so that he can find the proper contender to take over for him. Most of the children, albeit one (Charlie) who were lucky enough to find a golden ticket are an array of terrible personalities.

What makes this film doubly entertaining is not only Wilder’s performance but the musical score from Leslie Bricusse and Anthony Newley. When you hear the legendary Sammy Davis, Jr. singing The Candy Man, you can’t help but smile. Personally, Gene Wilder’s Pure Imagination gives us “the feels” every time.

William Friedkin helms this urban tale of two NYC narcs who try to capture a monumental heroin shipment from France. The French Connection was a huge career boost for Gene Hackman who won an Oscar for his portrayal of testy, hard drinking cop, Popeye Doyle. Popeye and his partner Buddy Russo (Roy Scheider) take on Alain Chanier who is the head of the French cartel.

When the duo attempts to shakedown the businessman, an attempt on Doyle’s life is made resulting in a train hijacking and perhaps one of the most memorable car chases in cinema history.

Dirty Harry, in our minds, has one of the best lines of dialogue ever spoken in a motion picture. Everyone knows it regardless if you are a Clint Eastwood fan or not, “Go ahead. Make my day.” That phrase would be quoted by a future president (Reagan) as well as referenced in the dance song, Pump Up the Jam from Technotronic.

Directed by Eastwood’s pal, Don Siegel, the Man with No Name plays Harry Callahan, an irascible veteran of the San Francisco Police Department. When a psychopath known as “The Scorpio Killer” goes on a rampage, “Dirty” Harry makes it his personal mission to collar the murderer.

Believe it or not, before Jennifer Aniston and the “Rachel” haircut, there was Jane Fonda and her iconic choppy shag in Alan J. Pakula’s, Klute. The actress picked up an Academy Award for her portrayal of Bree Daniels, a NYC call girl who becomes embroiled in a murder mystery.

When his close friend, prominent businessman, Tom Gruneman suddenly disappears, Private Investigator John Klute (Donald Sutherland) is hired to find him. Through a suggestive letter written by his missing pal, Klute tracks down Bree who doesn’t admit to knowing Tom but states that she has been receiving obscene correspondence and weird phone calls from an unknown person.

Through their interactions which at first are not pleasant, Bree and John find themselves drawn to one another and they embark on a dangerous affair.

If you enjoy the above mentioned flicks, here are some more suggestions for your viewing pleasure. 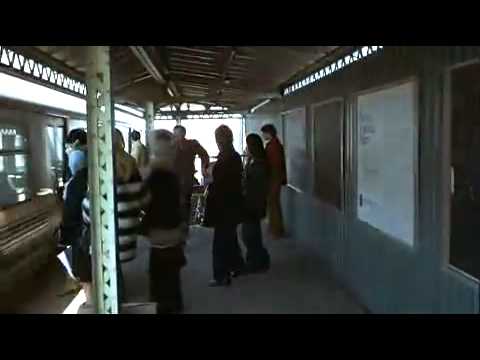 A Clockwork Orange Dirty Harry The French Connection Willy Wonka & the Chocolate Factory Klute
Could Clancy Brown Give the Dexter Revival the Boost It Needs?
Stuck in the Past: Movies are Comfort Food for the Soul
We Need to Talk about Bryan Cranston…
Comments