Hello, Newark: Did You Know Burn Notice Was Originally Set in NJ?

The USA Network’s “blue sky” programming during the 2000s was the hottest thing going in television. Everyone remembers that era where quirky characters existed like Tony Shalhoub’s brilliant Monk side by side with the comedic detective duo of Gus and Shawn on Psych. Nothing but good times, attractive people, adventurous situations and sunny locales.

In 2006, Matt Nix, a former actor who wrote and directed shorts and indie films got the chance to pitch a show to the network. He called it Burn Notice. It was a dark and gritty series about a disgraced spy who after being disavowed by the CIA finds himself back in his hometown of Newark, New Jersey…wait, what?

That’s right. According to Showbiz Cheat Sheet, Nix wanted to explore the “underbelly of the Garden State.” Apparently, the original version sounds like it would have been closer to a Dick Wolf (Law & Order franchise) or Barry Levinson production (Homicide: Life on the Streets).

When USA co-president (at the time) Jeff Wachtel and senior vp original scripted programming executive, Alex Sepiol read Nix’s script, they liked the trademark sarcastic humor of Burn Notice but they didn’t care for the location. Newark isn’t known for bikinis and sunshine. 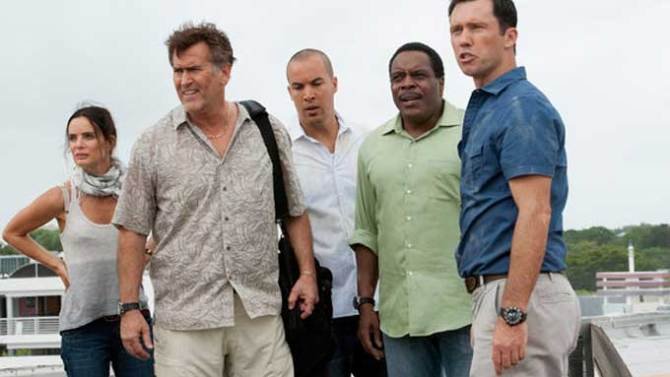 So, instead of passing on the project, they wanted the creative to move the action to Miami. At the time, the city hosted the huge hit, CSI: Miami with David Caruso and prior to that the quintessential 80s series, Miami Vice.

Reflecting on his initial concept in an interview with The Hollywood Reporter, Nix remarked:

After retooling his work to accommodate the Florida hot spot, casting began and the search for burned operative Michael Westen commenced. Jeffrey Donovan read for the part and nailed it in Nix’s eyes however, USA wasn’t entirely sold on the idea since the actor was in a failed effort called Touching Evil with Vera Farmiga.

Fox TV Studios which produced the series was behind Donovan in the lead. President David Madden fought for him and won.

Next up was Michael’s feisty girlfriend, former IRA member, Fiona Glenanne (who just so happens to be handy with explosives and driving fast cars). Gabrielle Anwar recounted that her agent rang her up and just told her to “Be Irish.” It worked and the second cast member was on board. 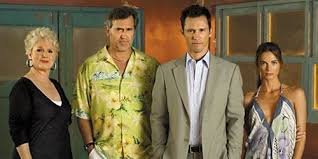 Michael’s close friend, former Navy Seal, Sam Axe was a no brainer. A handsome, fifty something lothario with a fondness for mojitos and Tommy Bahama shirts screams Bruce Campbell. The character was a good fit for the veteran thespian.

Nevertheless, after his one and done season of the humorous and campy, Jack of All Trades ended Bruce wasn’t interested in returning to the small screen. Nix’s script which he found “refreshing and different” enticed him back to television.

Sharon Gless, famous for her role on the hit 80s cop show, Cagney & Lacey lived in the Miami area and jumped at the chance to play Michael’s mom, Madeline. As for Coby Bell who joined the crew in season four, he knew Matt Nix because he auditioned for a lead role in The Good Guys (another Nix helmed comedy series).

Although he didn’t get it, Bell made an impression on the creator, enough so that he crafted the part of Jesse expressly for him. The rest is television history. 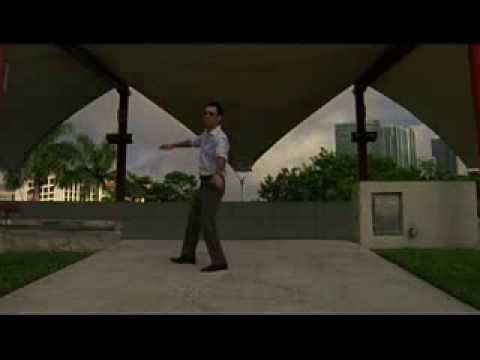