*This article contains spoilers for Dumplings and Antiviral. I recommend watching them before reading.*

Horror movies have always been a way to explore cultural taboos, safely, from a distance. Through them, we watch some of the most despicable aspects of humanity played out without involving ourselves.

Cannibalism has always been at the top of that list. Several movies over the decades have dealt with this off-limits topic. The most famous being The Texas Chainsaw Massacre, Cannibal Holocaust, and Motel Hell (“Meat’s meat, and a man’s gotta eat!”). There have also been more recent films such as Ravenous, Raw, and We Are What We Are.

All of these productions portray similar motivations for flesh-eating such as survival or ritual. In Tim Burton’s Sweeney Todd, the characters resort to cannibalism to cover-up their crimes.

Two films that deal with this forbidden practice in unique ways are Dumplings (2004) and Antiviral (2012.) Dumplings is a Chinese film written by Pik-Wah Lee and directed by Fruit Chan. 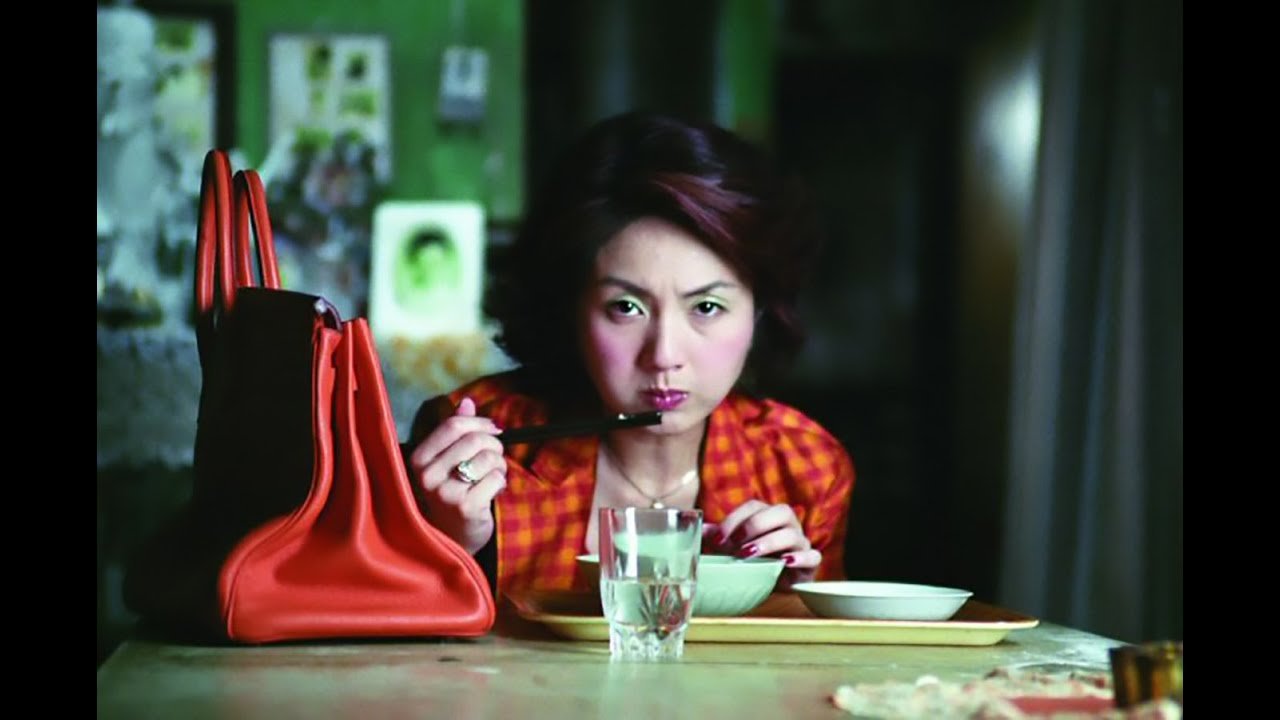 It has two versions, one as a short included in the anthology film, 3 Extremes (2004), and the other as a movie, Dumplings (2004). Miriam Chin Wah Yeung portrays Mrs. Li, an aging former actress who believes that she is losing her husband. This fear drives her to Aunt Mei, (Bai Ling) an abortionist who makes Dumplings from aborted fetuses and sells them as a youth serum.

The Dumplings do the trick, and Mrs. Li starts looking and feeling younger. Her husband notices this and starts showing interest in her again.

Of course, all youth serums must be maintained to work, and Mrs. Li finds herself wanting more of the magical product. She develops a fascination for the process and is let in on Aunt Mei’s secrets.

All goes well until she is given Dumplings made from a fetus born from incest. Mrs. Li gets sick and is forced to consult a doctor, finding out that she is pregnant.

Her desire to stay young surpasses everything. After she discovers that Mei has skipped town to avoid the authorities, she performs an abortion on herself to make her own Dumplings. 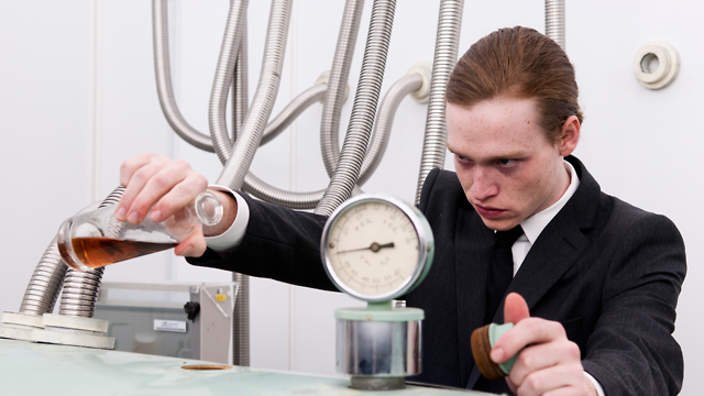 In Antiviral (2012), writer/director Brandon Cronenberg carries on his father’s legacy of body horror. The film uses cannibalism to depict obsession with celebrity and the desire to possess another person.

Caleb Landry plays Syd March, an employee of the Lucas Clinic, one of several companies specializing in extracting viruses and diseases from celebrities it has under contract and selling those samples to fans. You can pay to be injected with the specific strain of virus that is infecting your favorite actor or actress.

They have even developed a way to grow skin and muscle cells into slabs of meat steak that can be eaten. There are scenes of the meat being sold in delis and restaurants, complete with pictures of the smiling celebrities on the walls and tables.

Syd is fixated on actress Hannah Geist, played by Sarah Gadon. His obsession leads him to infect himself with the disease that is killing her, only to discover that it may kill him as well.

His only goal is to find a way to keep her alive while being able to continually consume her. Dorian (Nicholas Campbell), the head of the Lucas Clinic, is questioned about the ethics of the exaltation of celebrity to which he replies rather prophetically:

“Anyone who is famous deserves to be famous. Celebrity is not an accomplishment, it’s more like a collaboration we choose to take part in. Celebrities are not people; they are group hallucinations.”

The obsession ends up being a way to transcend mundane existence with fandom running amuck. 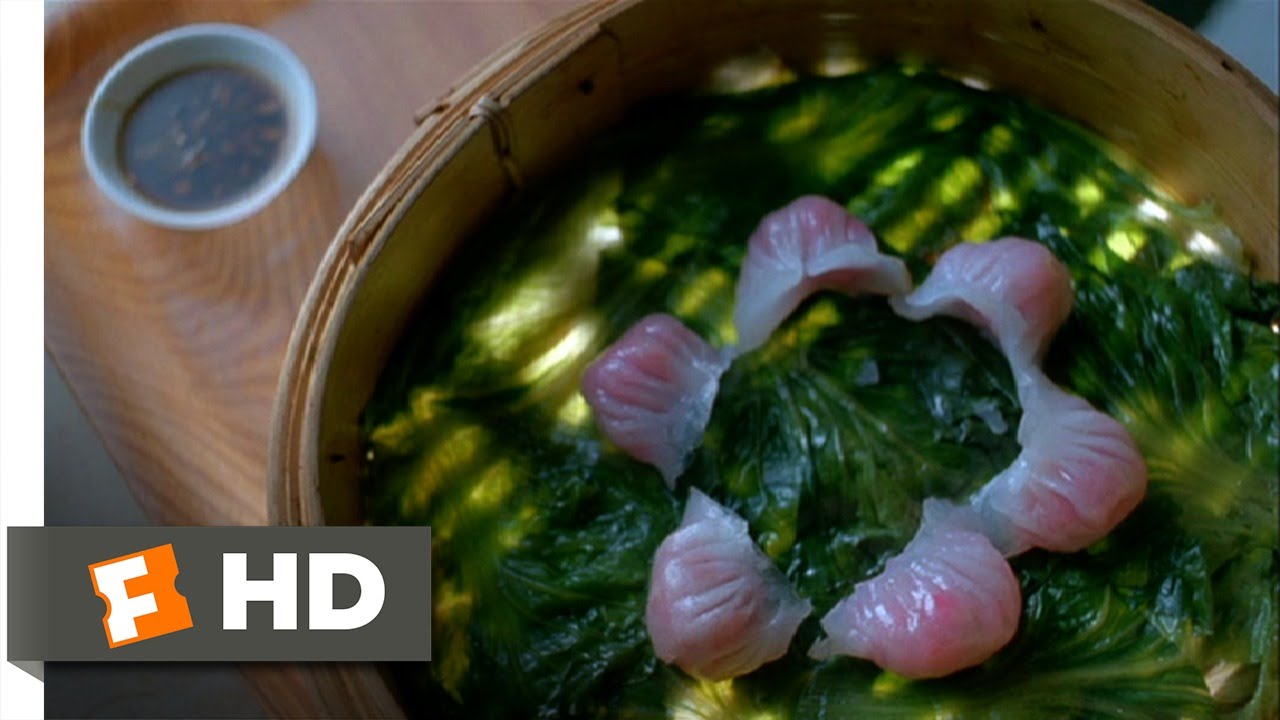 You can stream Dumplings on AMC+ and Amazon Prime. Antiviral is currently available on Amazon Prime as well. It can also be viewed on Sling TV, YouTube, iTunes, Google Play and Apple TV+.

Dumplings Antiviral Cannibalism
Could Clancy Brown Give the Dexter Revival the Boost It Needs?
Stuck in the Past: Movies are Comfort Food for the Soul
We Need to Talk about Bryan Cranston…
Comments