Is Bad Santa a reimagining of The Grinch?

“Yeah, but all your ideas come from somewhere else, Mark. You can’t make up an idea by yourself.” - Mike Schank, American Movie

Bad Santa, the raunchy 2003 comedy starring Billy Bob Thornton, Tony Cox, Lauren Graham and Bernie Mac, is an underrated Christmas movie. It’s profane, hilarious, quirky and unlike a lot of other alternative festive movies like Die Hard, it has a message that fits very well into the holiday season.

But the last time I was watching it, I had a strange realization that I couldn’t shake. Bad Santa feels an awful lot like a Dr. Seuss-penned holiday classic a lot of us grew up with. I think it’s fair to ask: Is Bad Santa a reimagining of How the Grinch Stole Christmas?

The classic Dr. Seuss Grinch story tells the tale of a grumpy green-haired meanie who hates Christmas. The Whos down in Whoville think perhaps it has something to do with his shoes or his undersized heart. It’s strongly implied that the Grinch can’t tolerate the noise the Whos make celebrating the holiday.

Faced with another Christmas just a day away, the Grinch schemes to stop the whole thing from coming by disguising himself as Santa Claus and stealing all gifts, trees, treats and trinkets from the Whos. 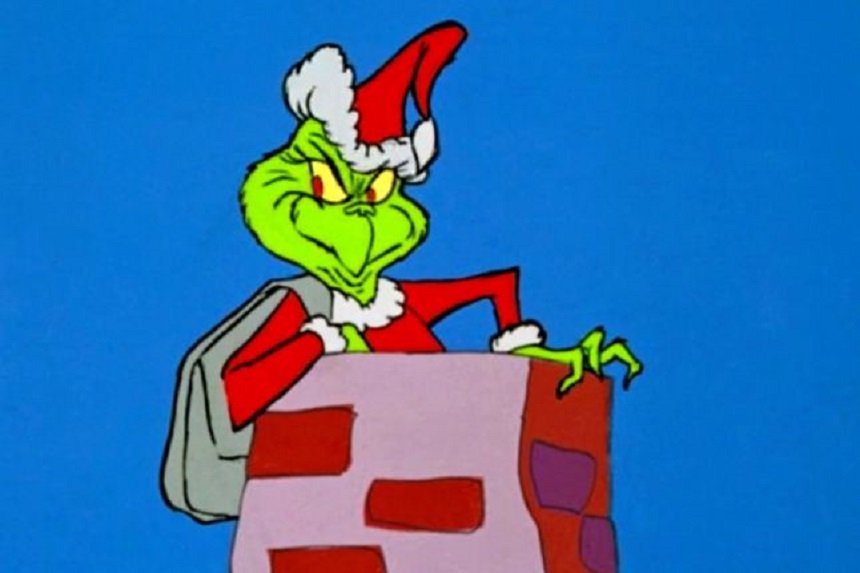 While he succeeds in his act of mass burglary, the Whos join hands and sing their hearts out welcoming Christmas anyway. The realization that the holiday is about more than material goods sparks the Grinch’s heart to grow three sizes and leads him to return all the Christmas booty to Whoville.

It’s a classic story and it’s a little shocking how much Bad Santa has in common with The Grinch.

Start with the protagonist. Willie (Thornton) is a foul-mouthed, self-loathing, alcoholic safecracker. He teams with little person Marcus (Cox) to impersonate Santa and his elf during the holiday shopping season so they can scope out malls and steal their cash.

It’s been a pretty good racket for years, but Willie is badly in decline. His drinking is getting worse, leading to less reliability, more erratic behavior and bringing them closer to getting caught.

Willie is a miserable, friendless loner but that begins to change when he meets Thurman (Brett Kelly). Willie crashes with Thurman and his grandma while in Phoenix, and though he finds the kid intolerable at first, he comes to genuinely care for him. Through the bonds he forms with Thurman and his new girlfriend, Sue (Graham), Willie finds himself a makeshift family and that drives him to lead police on a chase, just so he can give Thurman a Christmas gift.

Beyond Willie’s character arc, there’s the theme of anti-materialism in both stories. The Grinch ended with the people celebrating even though their Christmas goodies were stolen. It illustrated that the gifts are the frosting on top of the Christmas cake, but the most important ingredient for a wonderful holiday season is the people you love. 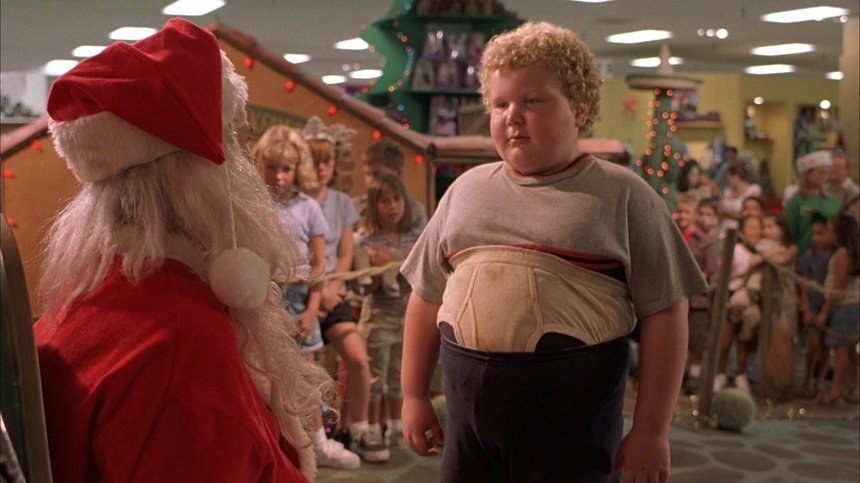 Bad Santa isn’t nearly so cheery, but it presents a similar theme through Marcus and his wife, Lois (Lauren Tom). Lois sends Marcus out with a list of merchandise she wants at the end of every mission. It’s not enough that she could buy that stuff with the money they steal, she needs to acquire it through thievery. The movie uses Lois’s greed to tell us what kind of person she is.

The fact that so much of the production takes place in malls (and that those malls get trashed is Willie and Marcus’s heists) could very well be director Terry Zwigoff and his filmmaking team telling us how they feel about how Christmas has been commercialized.

Of course, there are some big differences between Bad Santa and The Grinch. Both feature innocent children in prominent roles, but while Thurman is the catalyst for Willie’s change of heart, Cindy Lou Who’s interaction with the Grinch really only serves to show that the old green bastard is low enough to lie to an adorable little child’s face.

We should also admit that pop culture is lousy with Christmas change-of-heart stories. Hell, if we want to be technical about it, all of those stories could be retellings of A Christmas Carol because Scrooge is a cantankerous old miser who has an experience that changes his attitude towards Christmas.

Still, I find enough similarities between Bad Santa and How the Grinch Stole Christmas to wonder if the former is really the latter with a new coat of paint. At the very least, Seuss' tale inspired Zwigoff and the Bad Santa crew. I’m not complaining because some stories are good enough to be told and retold throughout the ages.

And who knows? Maybe the creator of the next great Christmas story is watching Bad Santa as we speak, mind bubbling over with ideas for a holiday tale of his or her own… 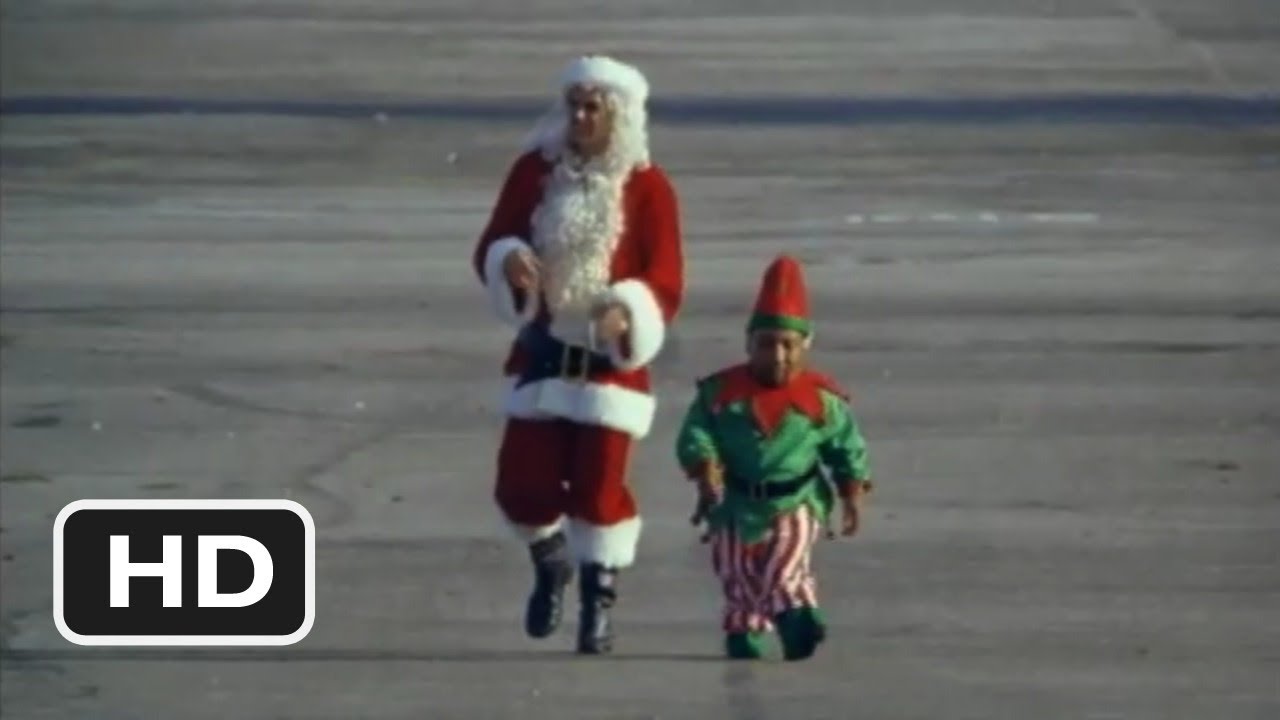 Bad Santa How the Grinch Stole Christmas Billy Bob Thornton Christmas Film
Could Clancy Brown Give the Dexter Revival the Boost It Needs?
Stuck in the Past: Movies are Comfort Food for the Soul
We Need to Talk about Bryan Cranston…
Comments