Nightmare Alley is keyed into its own grift, maybe more so than Christopher Nolan’s The Prestige. While the film has been marketed like a Noir gone to Hell, the reality – or perception of reality – is a different matter altogether.

This is Guillermo del Toro returning to the pure genre territory of Crimson Peak – there are no children, and any sense of childlike wonder is enveloped in a narrative dedicated to showing how the puppet masters do their work.

Stanton finds greater kinship with the duo of Zeena the Seer (Toni Collette) and her partner Pete (David Strathairn), who run a faux-psychic act. He becomes fascinated with the elaborate methodology of this ruse, to the point where he and Molly (Rooney Mara) – a young woman who can withstand electrical shock – parlay this into their own successful solo show.

One of the interesting things about Nightmare Alley is its structure: in adapting William Lindsey Gresham’s novel, del Toro and co-writer Kim Morgan tease a dark-carnival atmosphere with garish sets and day-glo symbolism (a funhouse that implores sinners to “look in the mirror”). One expects to stay there and get cozy with the colorful collection of outcasts on display. So, I was surprised when Stanton and Molly literally “load up the truck” and leave the circus for supposedly greener pastures. 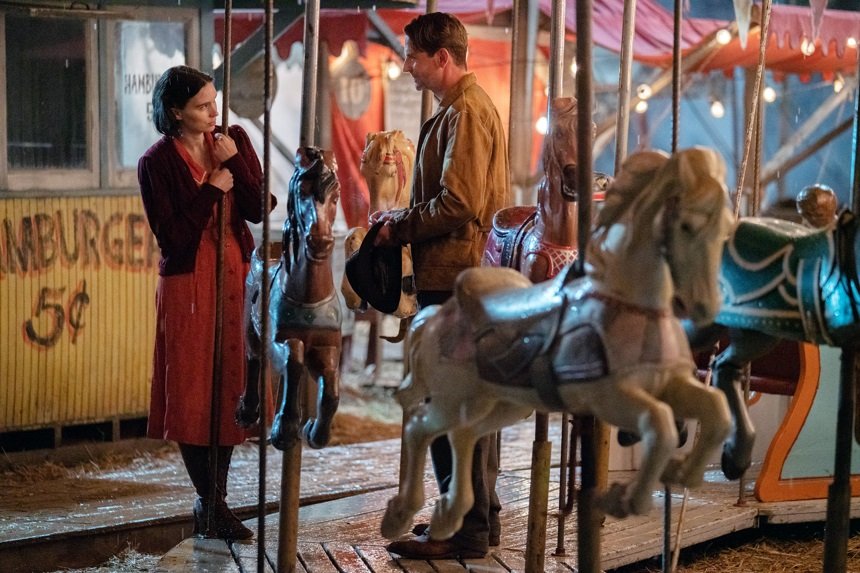 Del Toro isn’t averse to grifts of his own (albeit grifts the viewer can safely walk away from once the movie is over): the promise of something lurid behind the sideshow curtain gives way to a land of luxury, wealth and glamour that turns out to be far more dangerous.

Nightmare Alley isn’t categorized as horror, but the moral murkiness of its protagonist, combined with those in his orbit – an icy psychiatrist (Cate Blanchett) and a rich man (Richard Jenkins) seeking spiritual closure – lends chilling suspense to the proceedings. David Fincher’s The Girl with the Dragon Tattoo carried a cheeky tagline: “the feel-bad movie of Christmas”; del Toro’s film, with its urban landscape swept up in a permanent snowfall, aspires to something similar.

This isn’t a movie to alleviate a Christmas hangover, but it may be one to ring in a New Year that promises more of the same futility. The thesis that grifters will eventually cross paths with karma is nice in theory – The Twilight Zone was great at twisting that proverbial knife – but del Toro lays the puppet strings bare. The painstakingly stylized visuals, from fancy wardrobe to Kubrick-esque hotel rooms, depict a decadence predicated on profiting off the ignorant. What’s interesting is how the rubes on the midway also lay their sincerities, hopes, and authentic selves bare, while the wealthy hide behind impenetrable facades that hide an ugliness looking for just the right excuse to violently manifest.

In a holiday season where multiplexes are overflowing with recycled IPs, Nightmare Alley takes aim at the con-job avarice that instills false hope on the backs of people’s misery, and the shreds of virtue that peek through the cracks, hoping for their chance to appeal to reason. It’s about cynicism, greed, and running from personal responsibility – but also the two-way mirror of one’s former self staring down future catastrophe.

Del Toro offers a pulpy parable that couldn’t be more apt for our time (and daringly out of step with current popular opinion): own up to your misdeeds and abuses, lest ye be owned later down the road. But one need not take a deep gander at its philosophy to recognize Nightmare Alley as a hugely entertaining, brilliantly performed, and visually dazzling film. 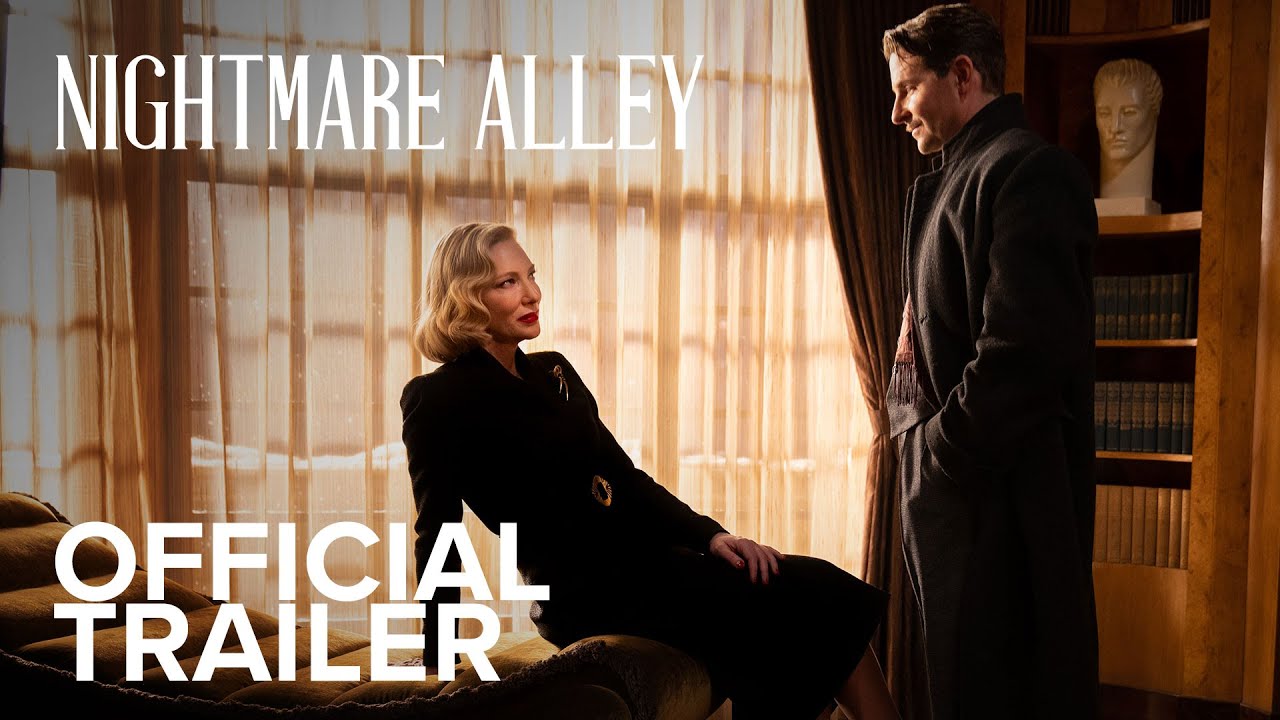