Shoot 'Em Up: A Tale of Two Fathers

Shoot ‘Em Up is a study in contrasts between two very different fathers.

Some movies are ambiguous about what kind of experience you’re about to have with them. Not Shoot ‘Em Up. By the time the title card appears, which is less than five minutes into the movie, you’ve already seen the flick’s protagonist, Smith (Clive Owen), off a bad guy by jamming a large carrot through the back of his skull.

You get what that scene promises. Shoot ‘Em Up is completely bonkers, the kind of movie that includes a baby who is calmed down by the soothing sounds of Strapping Young Lad and a gunfight that plays out while Smith is having sex with his love interest, Donna Quintano (Monica Bellucci). It also has Paul Giamatti hamming it up delivering lines like “I’m a tough guy with a pussy in my hand.” See? Bonkers!

Yet there’s an interesting contrast going on behind all the mayhem, where the movie compares two very different father figures.

On one hand, you have Smith, who reluctantly becomes involved in baby Oliver’s life when he attempts to save the kid’s mother from a team of gunmen with ill intent. On the other hand, we have the movie’s main antagonist, Hertz (Giamatti), the typical rich-yet-constantly-absent father.

Smith is a reluctant father, only getting involved because both mother and infant will be dead if he doesn’t. He tries to ditch the kid at a city park but reconsiders when Hertz shows up and starts shooting. He then attempts to leave Oliver with Donna, only to run into another encounter with Hertz. 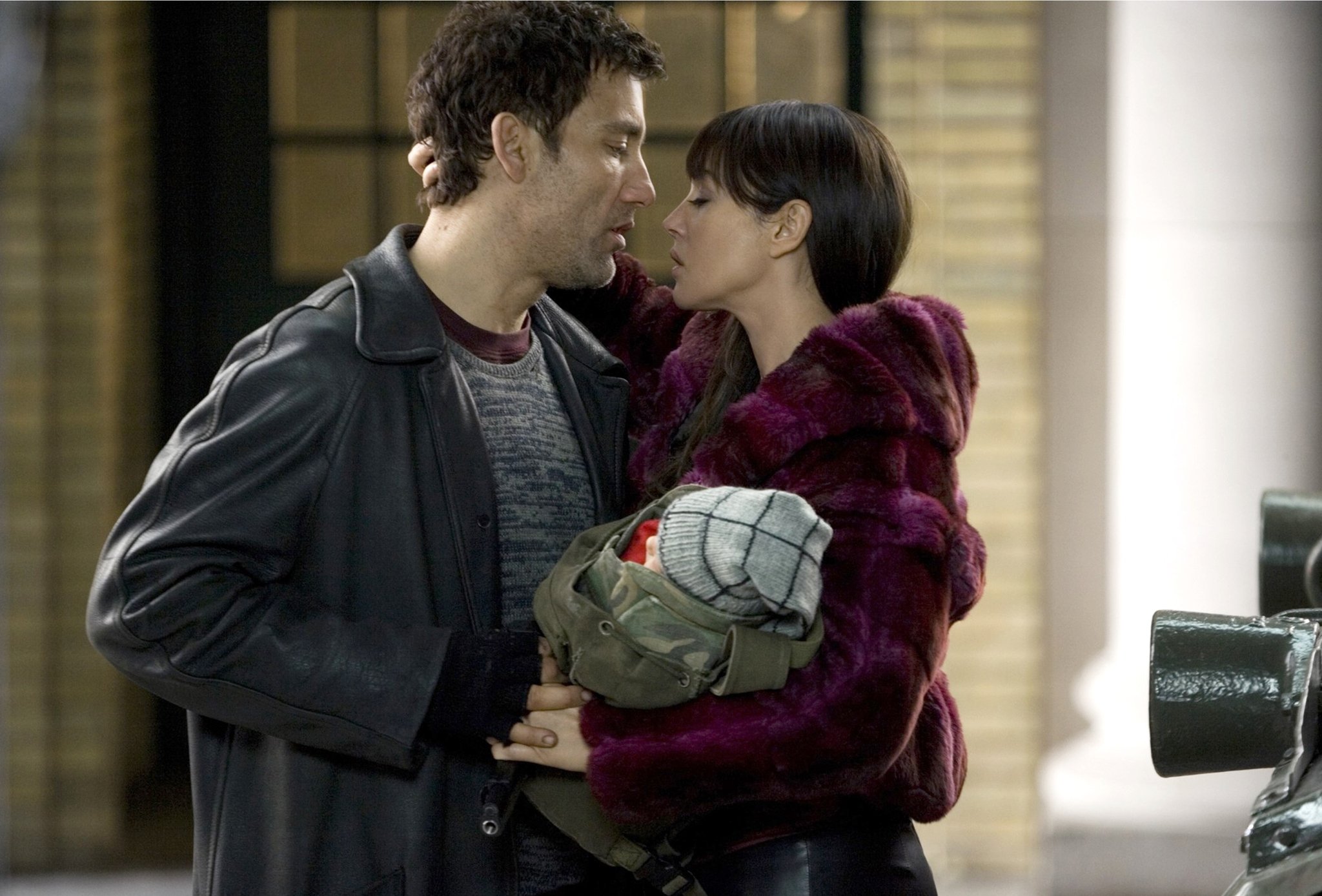 Though it’s clear that something in his past is haunting Smith, he does the right thing and takes Donna and the baby on the run. He does his best to provide for their needs and does what he needs to do to protect them. Through this process, he grows closer with Donna and Oliver and they become a surrogate family to him.

Hertz never interacts with his family, save for over the phone. But you can tell from those interactions what kind of dad he probably is.

He’s the kind of guy who thinks that providing for the economic needs of his family is his only responsibility and who doesn’t seem to get that wives and kids have emotional needs that only his presence in their lives can provide for. This character is also the kind of dad who keeps an entire side of his life secret, not because he doesn’t want to hurt his family but because being nagged about what he does for money would be an inconvenience.

More than likely, Hertz would buy his son a birthday card with a sexy, bikini-clad woman on it. Not that there’s anything wrong with that, except for the fact that his son is eight.

Take all this information together and what you have is a comparison between a man who doesn’t want to be a father but takes on the responsibilities when he has no other choice and a man who abandons the most important aspects of fatherhood and tries to keep his family satisfied through material gifts. 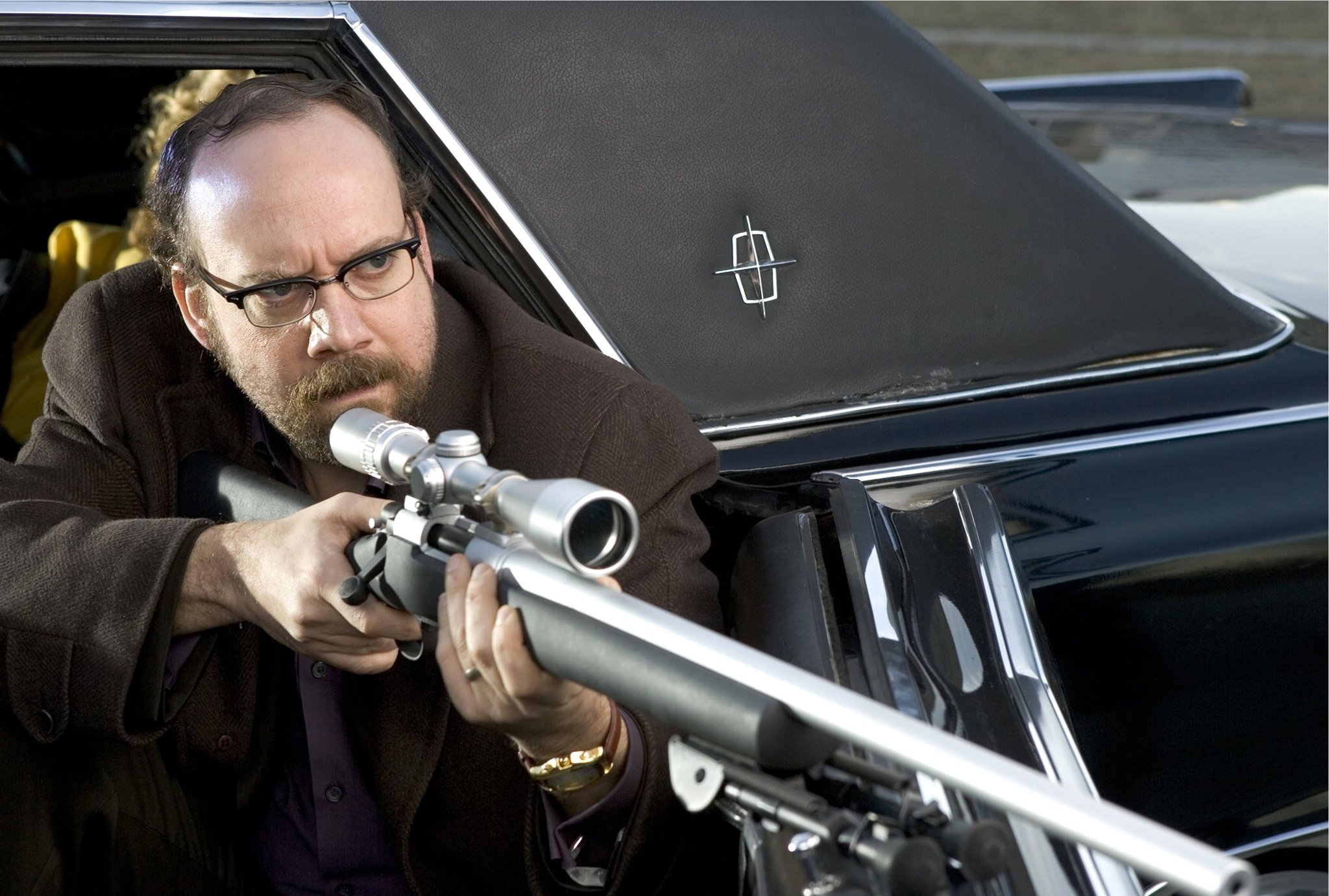 It’s also pretty clear which dad the film thinks is preferable. While Smith loves and protects his newly-formed family, Hertz destroys his by never being there for his wife and son.

Shoot ‘Em Up probably wasn’t intended as a commentary on fatherhood, but it does work as one. So, if all you want is a bunch of bloody clashes full of acrobatic gunplay and funny physical humor, it’ll scratch that itch, too.

Shoot 'Em Up Clive Owen Paul Giamatti Monica Bellucci
Could Clancy Brown Give the Dexter Revival the Boost It Needs?
Stuck in the Past: Movies are Comfort Food for the Soul
We Need to Talk about Bryan Cranston…
Comments