The Prophecy of Shaun of the Dead

I don’t think Edgar Wright and Simon Pegg are prophets. To be honest, they just seem like fairly normal dudes.

Dudes that have really cool jobs that bring entertainment and joy to millions of people across the globe, but normal dudes nonetheless. Wright posts frames from old films and plays Guess-the-Movie games with his Instagram followers while Pegg’s IG is full of candid behind-the-scenes shots from his movies and photos of his dogs. And that’s how we judge whether someone is relatable or not right? By their Instagram?

Yet, I can’t help thinking that maybe there was a bit of premonition driving Wright and Pegg when they were writing and filming Shaun of the Dead as I go about my life these days in the midst of the COVID-19 pandemic. So much of what I experience seems to be relatable to that film that it’s sometimes hard to believe Wright and Pegg didn’t create it by looking into a crystal ball and transcribing what they saw.

Shaun of the Dead captures life with the ‘Rona better than any other movie I can think of and the damn thing came out a decade-and-a-half before this virus was even a thing. Released in 2004, Shaun of the Dead follows the title character (played by Pegg) as he tries to protect his family and friends and rebuild his relationship with girlfriend Liz (Kate Ashfield) in the midst of a zombie apocalypse.

Shaun devises a strategy for making his favorite bar, The Winchester, a hideout until the zombie thing blows over. The trip to the pub turns out to be way more costly than Shaun bargained for as relationships change, loved ones are lost and Shaun is forced to rearrange his priorities and grow up. 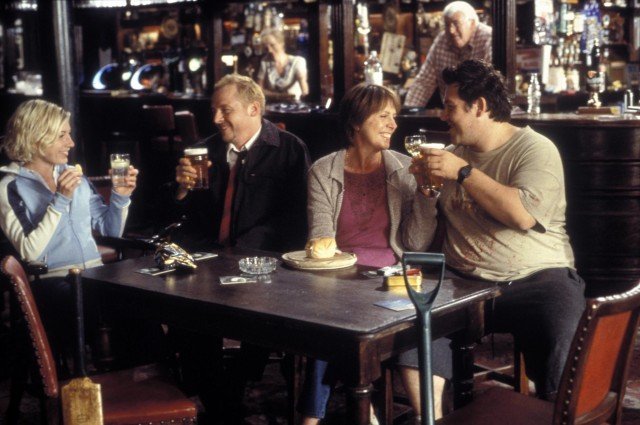 The parallels between “Shaun” and COVID are numerous, even once you get past the obvious mysterious-disease-spreading-like-wildfire-and-infecting-everyone-in-sight angle. For example, take the reaction Shaun’s stepdad, Phillip (Bill Nighy), has to being bitten by a zombie.

He doesn’t seem to think it’s that big of a deal. He tries to assuage Shaun’s concerns about the wound by telling him that he “ran it under a cold tap.”

Unfortunately, Phillip’s is more serious than he initially seems ready to admit and by the time he accepts that he’s in real trouble, it’s too late to do anything but try to make amends with Shaun. That seems eerily similar to reported scenarios of COVID patients denying the disease is real, even as they’re lying in a hospital bed dying of it.

Then there’s the initial stages of the outbreak, where Shaun goes about his daily life, as the infection begins to take people living around him. Initially, he’s oblivious to anything that might be wrong. This plays out in a spectacularly funny scene where he makes a run to the corner store, paying no attention whatsoever to the death and destruction around him or the zombies around him.

It’s only when the zombies hit Shaun where he lives, invading his back yard, that the light comes on and he realizes that he and best friend Ed (Nick Frost) need to come up with a plan to stay safe. These sequences mirror what life is day-to-day right now.

I know I can totally relate to wanting to ignore the reality of the pandemic. I don’t go out much, but when I do, I often find myself pushing the COVID-related details of my world to the back of my mind in favor of details that seem more normal.

It’s almost as if I reject reality as it is and substitute my own, a reality that is closer to life before the virus. It’s only when COVID enters my own backyard and I’m forced to deal with it, that I’m broken out of my fantasy world. 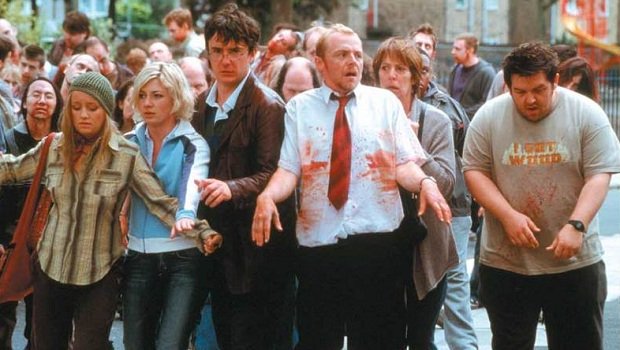 But the biggest overlap between “Shaun” and life with ‘Rona can be summed up by a single line delivered by Liz towards the end of the film. After being on the receiving end of an increasingly whiny and hysterical line of arguments from her friend David (Dylan Moran), she responds to his questions about what they’re going to do with a powerful reply. “I don’t know, David” she retorts. “I don’t know any more than you do. But what I do know is that we’re here now and we have to make the best of it!”

If there’s a better motto for living during a pandemic, I haven’t heard it. We are living through historic times.

People are suffering, dying, barely slogging by as they lose their homes and livelihoods. Things are bad, but in spite of that, we have to try to lead lives that are worth living.

It’s true that concerts and other mass gatherings aren’t happening and depending on where you live, restaurants and movie theaters are closed. We all have massive cabin fever. 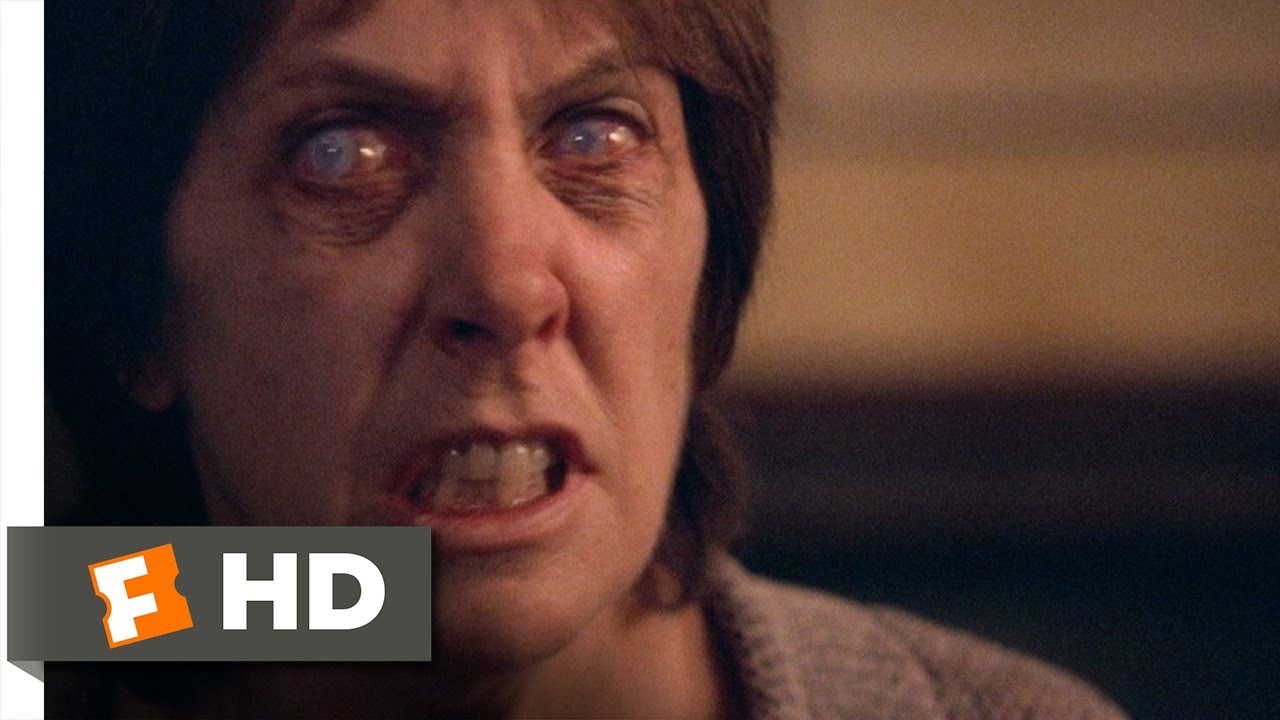 We can participate in hobbies like making music and we can learn new skills. Hell, I’m trying to learn how to cook!

Though COVID has changed so much about our lives, the one thing that remains the same is that we are responsible for the quality of our own lives. I don’t think Edgar Wright and Simon Pegg are prophets. Yet, they created a piece of cinema that’s more relevant to life today than it was when it was released in 2004.

Beyond that, Shaun of the Dead reflects the full emotional spectrum of pandemic life. It’s funny, it’s tragic, it’s scary and if you watch it in the right headspace, it may even make you want to work on your relationships with your nearest and dearest. Shaun of the Dead may be a silly romantic comedy with zombies, but the feels you feel watching it are real.

Shaun of the Dead COVID-19 pandemic
Could Clancy Brown Give the Dexter Revival the Boost It Needs?
Stuck in the Past: Movies are Comfort Food for the Soul
We Need to Talk about Bryan Cranston…
Comments