We Go Together: The Endless Appeal of Movie Musicals

Movie musicals have been around since the beginning of “talking” cinema. Al Jolson's The Jazz Singer (1927) was the very first picture to use the Vitaphone which allowed the actor to speak and warble a tune or two throughout the production.

The 1930’s saw the dawning of the huge, lavish Busby Berkeley spectacles such as Gold Diggers of 1935 and Bright Lights. These ventures and an assortment of other efforts thrilled audiences across the country with backstage romances and zany, madcap plots.

Berkeley, who was a choreographer turned director became known for his “top shot” technique where he would film his performers overhead giving the dance routines a kaleidoscopic effect. Of course, the musical numbers were on a grand scale, as well.

There is something about the freedom of seeing people break into song to express themselves which is endlessly appealing. In addition to the joyful and playful scenes that can be found in this unique form of entertainment, there are also heartbreaking ones where great loss is driven home through carefully written lyrics.

For example, at the end of Rodgers and Hammerstein’s Carousel, one of the main characters experiences the death of her beloved culminating in an emotional rendition of, You’ll Never Walk Alone. When you see this on the silver screen, it is hard to keep tears from falling.

Singin’ in the Rain with Gene Kelly, Donald O’Connor and Debbie Reynolds is a delightful look at the end of silent era movies as well as telling the story of the burgeoning relationship between a matinee idol and an ingenue. Who doesn’t enjoy the iconic scene where Kelly tells the world he is smitten by literally dancing in a rainstorm?

Musicals have a unique ability to fill us with hope. No matter what happens, there will be a rousing end number and maybe situations won’t be tied up in a nice, neat little bow but we believe that things can work out for the better.

When I was a teenager in the late 70’s and early 80’s, Saturday Night Fever, Grease and Fame were big draws at the box office literally making millions of dollars. Their soundtracks blew up the Billboard charts and every radio station in town played Stayin’ Alive, Summer Nights and Fame.

While Fame and Grease were “traditional” musicals, Saturday Night Fever was a movie that utilized different songs from popular artists to enhance the action and interactions of the characters. Fame and SNF were gritty tales about people dealing with life in New York City while trying to pursue their dreams.

Grease propels us back to an easier era where it seemed like the worst thing in the world that could happen to a high school student was someone getting pregnant after going all the way. A common theme runs throughout this musical. Star-crossed lovers from different worlds fall in love and can’t seem to make it work.

Unlike West Side Story, there is a bright future for the characters in Grease. Sandy and Danny learn that they can be together and not have to sacrifice who they are as individuals. No matter what, they will always have each other.

La La Land, which is similar to Fame has the same storyline except this time, the couple is pursuing their goals in Los Angeles. Damien Chazelle’s venture managed to win a couple of Academy Awards in 2017 because his musical happened to be the perfect medicine at that time for making us forget about our problems and the state of the world. 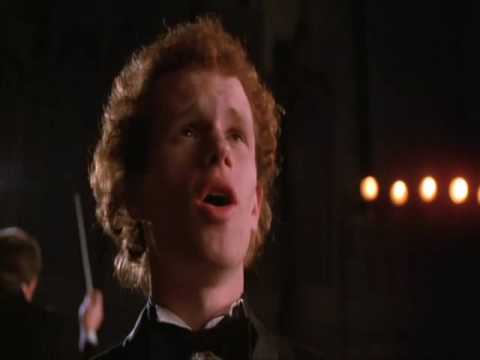 Perhaps now, more than ever (with the pandemic and all of the struggles that we have been through in the past few years) we need more films in this genre to escape from reality for a few hours. The power of song is undeniable and so is its ability to raise our spirits. This is why the movie musical will never truly fall out of fashion.

Movie Musicals Grease Fame Saturday Night Fever
Could Clancy Brown Give the Dexter Revival the Boost It Needs?
Stuck in the Past: Movies are Comfort Food for the Soul
We Need to Talk about Bryan Cranston…
Comments