We Need to Talk about Bryan Cranston…

Bryan Cranston is one of those actors that traverses through different genres with ease. Most people know him as Walter “Heisenberg” White from the legendary AMC series, Breaking Bad where he portrayed the reluctant (at first) crystal meth kingpin. It is also the show that made him a four-time Emmy winner.

Others may recognize him as the lovable yet incredibly dorky dad, Hal in Malcolm in the Middle. He was also the recurring character, Dr. Tim Whatley on Seinfeld for five episodes. His television resume alone is impressive but why stop there?

In 2014, Cranston took home a Tony Award for his depiction of President Lyndon B. Johnson in All the Way. After conquering the footlights of Broadway, the actor went on to garner an Academy Award nomination for Trumbo, Jay Roach’s adaptation of the life of the brilliant and blacklisted screenwriter.

He played bona fide American hero, astronaut Buzz Aldrin in the Tom Hanks’ production, From the Earth to the Moon for crying out loud! Now, he is back on TV in the Showtime limited series, Your Honor. 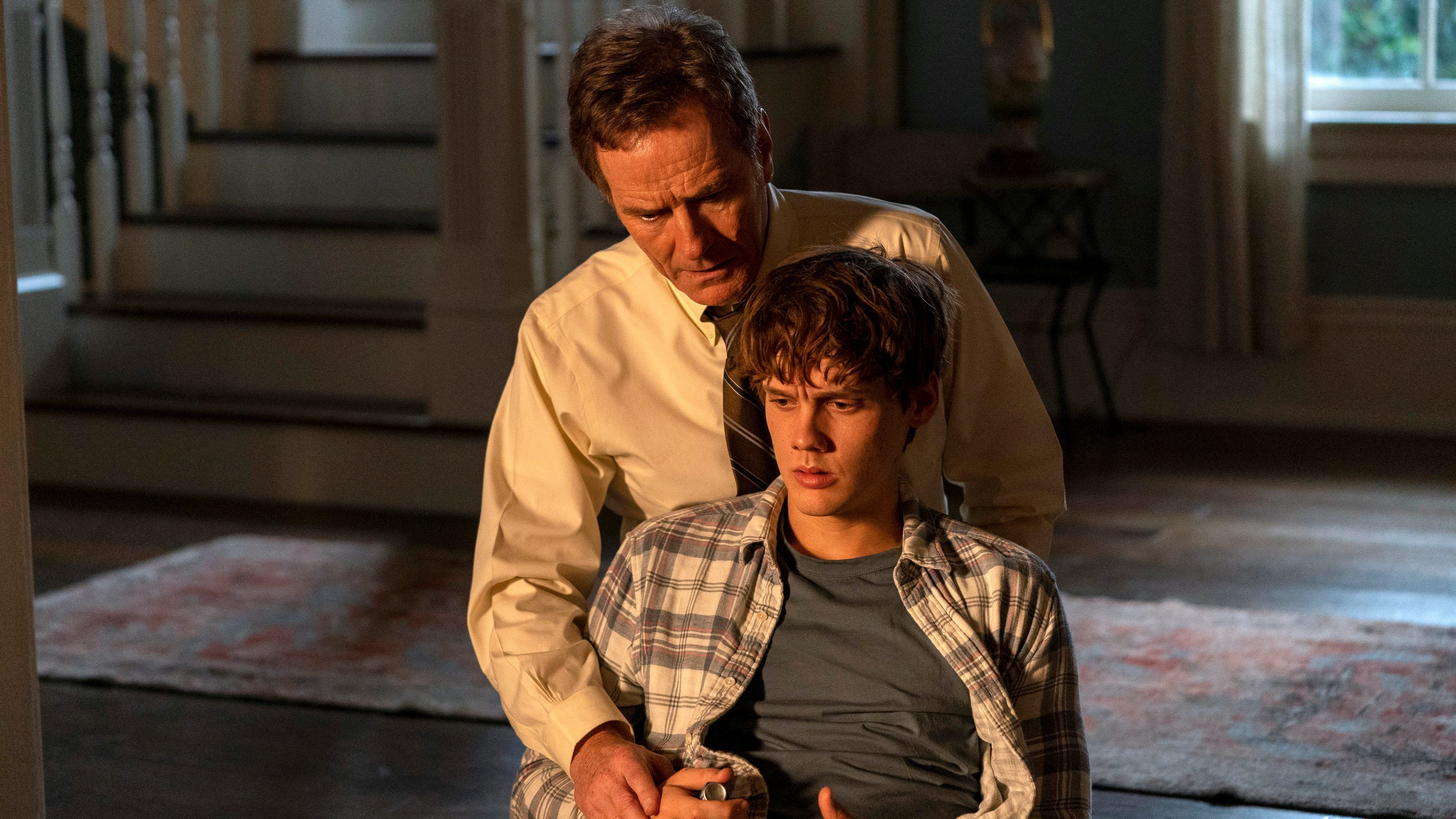 Every once in a while, there will be a show that you can’t stop thinking about because of the complexity of the storyline, the incredible writing and thespians that embody their characters so effectively that you begin to become immersed in their world. The Wire springs readily to mind.

I remember when I binged watched this gritty, realistic drama about the war on drugs in Baltimore, Maryland. Maybe I fell in love with the series because I grew up not far from Charm City or maybe it was the way that creator David Simon managed to make his characters seem like real people and not superheroes.

You felt their personal dilemmas. You became embroiled in their struggles. Most importantly, you CARED what happened to the dealers in the projects just as much as the law enforcement officers who wanted to do the right things but often blurred the lines between justice and corruption.

Your Honor is cut from the same cloth as The Wire. Bryan Cranston is Judge Michael Desiato. He is known throughout New Orleans as being a fair and compassionate (within reason) member of the court.

Despite the fact that his beloved wife, Robin and mother of his painfully shy and introverted son, Adam was murdered in cold blood, he carries on stoically. From all appearances, it would seem like he is a perfect example of what a man of the law should be, respected and admired.

However, when Adam has an asthma attack while driving his car one day, the lives of the Desiato men start down a path that could end up endangering both of them. Adam runs over Rocco, the son of high-powered crime lord, Jimmy Baxter. This is the beginning of a living nightmare.

Realizing that his only son could be incarcerated for the rest of his life and not able to stand the pain of losing another member of his family, Michael makes a decision that will shake his values to the core and change his life forever. He decides to tamper with evidence and cover up the accident, even going so far as to draw his close friends into his moral hell.

With each episode you feel as if you are going through every situation with Michael. His fears become yours and that is because of Bryan Cranston.

As an actor, he keeps his emotions in check. His quiet and measured performance is so nuanced that you can perceive that there is a storm brewing underneath his confident façade. You know the breakdown is coming, you just don’t know how or when it will transpire.

If you haven’t checked out Your Honor as of yet, watch the premiere episode below. 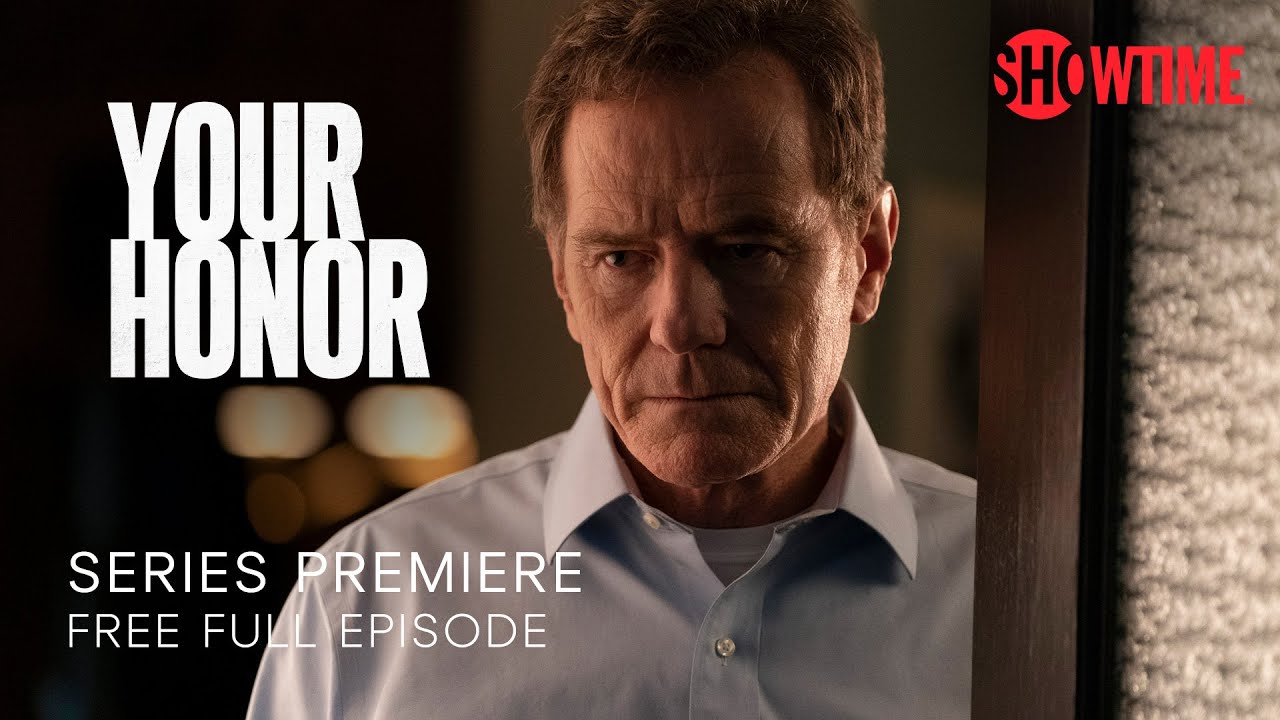 Hopefully, when Emmy season rolls around, we will hear Cranston’s name called for a fifth time.

You can catch Your Honor every Sunday on Showtime at 10 PM or you can stream the episodes directly for free for a month. To take advantage of this promotion, click on this link.

Bryan Cranston Your Honor Showtime
Could Clancy Brown Give the Dexter Revival the Boost It Needs?
Stuck in the Past: Movies are Comfort Food for the Soul
David E. Kelley Enters David Lynch Territory in the Darkly Disturbing Big Sky
Comments