Why The Ref Is a Christmas Miracle

Ted Demme’s 1994 film The Ref is one of the great alt-Christmas movies and yet, I don’t hear many people talk about it. It’s a hilarious piece of work that manages to skewer upper-middle-class snobs while telling a cautionary tale about how just one person can completely wreck an entire family.

The Ref follows cat burglar Gus (Dennis Leary) as he attempts to flee a job gone wrong. He winds up abducting yuppie couple Lloyd (Kevin Spacey) and Caroline (Judy Davis) and forces them to take him into their home while he waits for his partner to commandeer a get-away vehicle.

Unfortunately for Gus, Lloyd and Caroline are an aggressively annoying couple who bicker about everything. If that wasn’t enough, Gus’ trouble keeps multiplying as Lloyd and Caroline’s son arrives at home for the holidays, followed by Lloyd’s brother Gary (Adam LeFevre) and family, including Lloyd’s mother, Rose (Glynis Johns). Terrific, more uppity wealthy people to grate on Gus’s nerves.

The family’s conflict comes to a head in a spectacular series of scenes where we finally get to the root of all the dysfunction. It turns out Rose is hardly “Mother of the Year” material. She’s a self-important, greedy woman who drove her sons to either take on too many burdens or become a spineless wimp who can’t stand up to his wife.

While The Ref's message might seem to be “mo’ money, mo’ problems," I believe it’s a little more complex than that. The film is definitely poking fun at the upwardly-mobile millionaire wannabes and how shallow their lives are. There are multiple jokes made establishing that Lloyd and Caroline get completely unhinged over little things most normal folks would just shrug off. 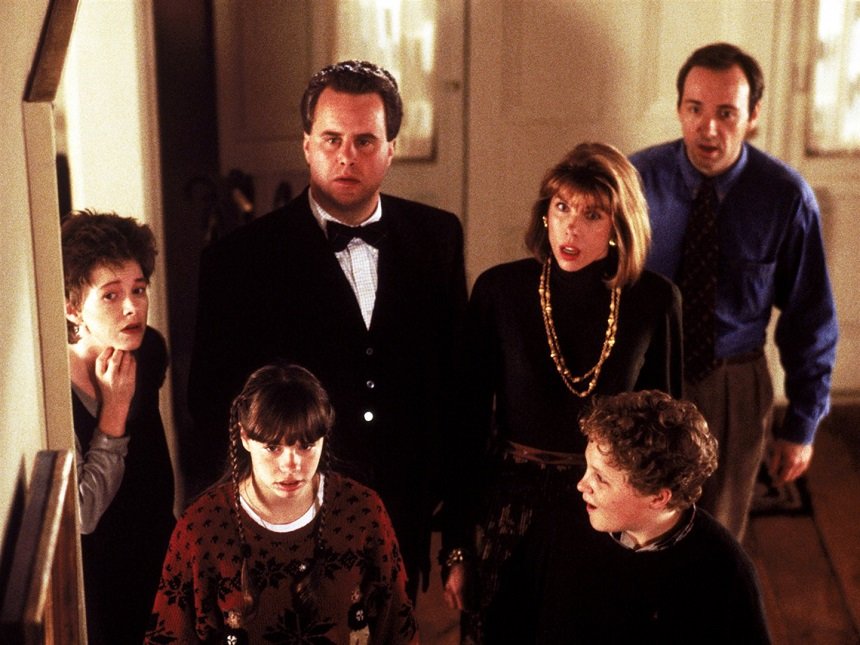 Using Gus, a hard-working guy whose “job” just happens to be illegal, as a lens through which to view Lloyd and his family leads to some pretty good laughs at the absurdity of what upsets these people. But lurking behind that is the real villain. Rose is a true narcissist, someone who views people who don’t have as much as she does with complete disdain. It’s an attitude that’s plain to see in how she interacts with Gus.

Initially, Lloyd and Caroline try to pass Gus off as their marriage counselor and Rose looks down on him the whole time. She doesn’t know him or have any clue what he does or does not know, yet from the start, she acts like she knows more about fixing marriages than he does. She treats her daughters-in-law with contempt, as if they aren’t good enough for her sons, even though she doesn’t appear to be too crazy about her own flesh and blood, either. She’s just the kind of person who needs to control others.

That has far-reaching effects, not only damaging her own children but even harming her grandkids. Because Lloyd is so uptight, he and Caroline’s son Jesse (Robert J. Steinmiller, Jr.) has turned to a life of blackmail to help him find a sense of self-worth. Rose’s flaws as a mother have been passed on and deeply affected her family. And she seems to care more about the fact that her portrait isn’t hanging over Lloyd’s fireplace than what she’s done to him for decades.

There is a bright spot. Due to the stress of dealing with Gus while also weathering a visit from his family, Lloyd finally snaps and comes out swinging. He first goes off on Caroline then turns his ire on Rose. He tells them exactly how their behavior has broken him. His rants have very different effects on the two women, while Caroline sees some worth in Lloyd, Rose is just offended. Obviously, this is the first time anyone has ever spoken to her this way and she’s light-years away from being able to accept that kind of criticism.

So, maybe that’s what the real message of The Ref is: Even people you may think are worthless actually have some value. It just might be buried so deep that it takes extraordinary stressors to bring that worth to the surface.

And I honestly can’t think of a better message for Christmas 2021. With so much division and vitriol in American society right now, maybe realizing every human you meet has something about them that’s worth valuing is how we can eventually learn to stop treating each other like subhuman C.H.U.D.s. 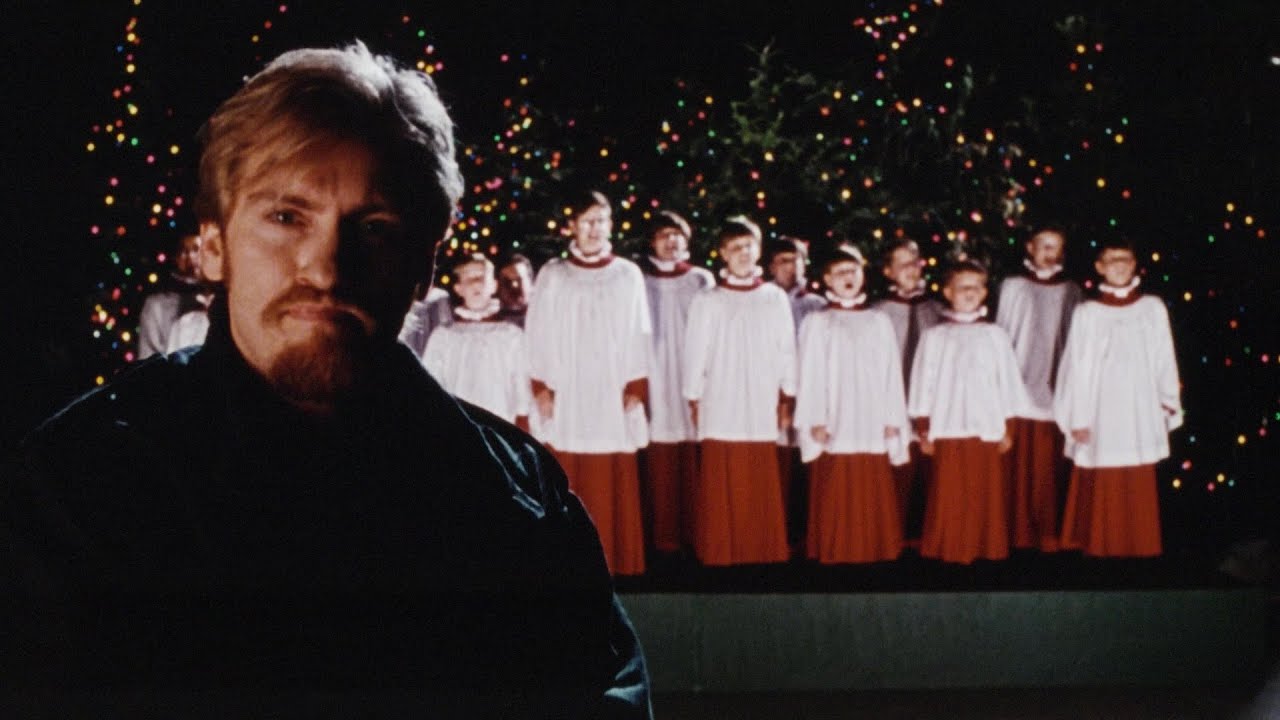 The Ref Ted Demme Denis Leary Christmas Movie Holiday Movie Kevin Spacey Judy Davis
Could Clancy Brown Give the Dexter Revival the Boost It Needs?
Stuck in the Past: Movies are Comfort Food for the Soul
We Need to Talk about Bryan Cranston…
Comments