Women in Horror Month is in full swing and we would like to recognize some outstanding performances by actresses that made their names in classic movies. Most of the incredible women on our list started their careers in other genres.

Some of them you will recognize as Academy Award winners while others came to fame later on in their lives on television. Whatever productions these ladies appeared in were memorable. Their contributions to horror paved the way for Jamie Lee Curtis, Karen Black, Linda Blair and so many other stellar thespians throughout the years. 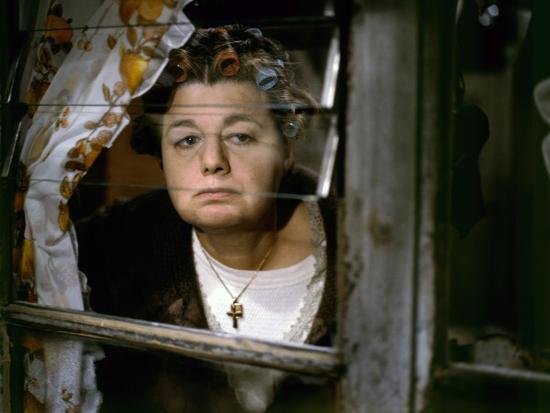 Ms. Winters was a two-time Academy Award winner in the Best Supporting Actress category for her roles in The Diary of Anne Frank and A Patch of Blue. She started her impressive career doing summer stock before transitioning to the Broadway stage.

Like all thespians of her age, she made the move to Los Angeles receiving excellent reviews for her performance as a waitress who ends up being a victim of a crazed strangler in the 1947 film, A Double Life, directed by George Cukor. Movie lovers remember Shelley as the pregnant girlfriend of Montgomery Clift in A Place in the Sun or as Lolita’s mother in Stanley Kubrick’s Lolita.

However, the role that probably garnered her the most recognition would be in The Poseidon Adventure as the overweight, former champion swimmer, Belle Rosen who ends up sacrificing her life to save a fellow passenger.

In the horror genre, Winters found herself working with Roman Polanski in the superb paranoia inducing The Tenant. Whoever Slew Auntie Roo? a re-imagining of Hansel & Gretel set in London during the 1920’s was a tour de force role for the actress who played a demented widow who imprisoned children in her mansion. 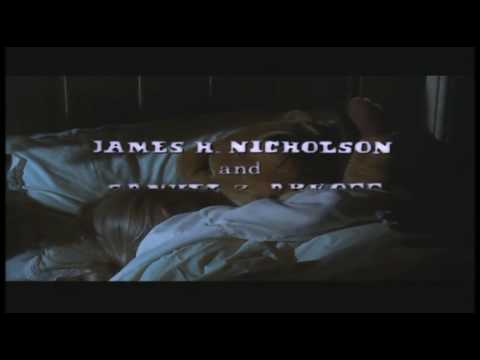 She also made several creepy made for TV movies in the 70’s including The Devil’s Daughter and The Initiation of Sarah. Ms. Winters even appeared in a giallo during this time called Stridulum (a.k.a. The Visitor) alongside Mel Ferrer, Glenn Ford and Lance Henriksen. 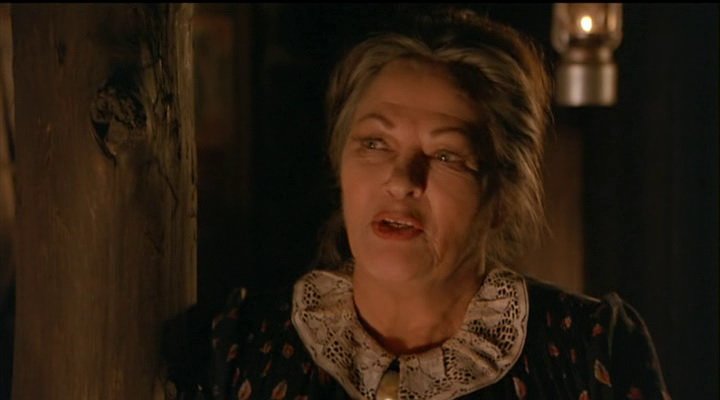 Before Ms. De Carlo lived on 1313 Mockingbird Lane as matriarch Lily Munster in the hit comedy/horror series of the 60’s, The Munsters, she was the star of countless westerns appearing opposite Howard Duff, John Wayne, Charles Coburn, Van Heflin, Joel McCrea and Sterling Hayden. It was during this prolific period that she also acted in Cecil B. DeMille’s religious opus, The Ten Commandments starring Charlton Heston as Moses and countless other marquee names.

In the 70’s, she started the second phase of her career as an actress in horror movies. The Intruder, Satan’s Cheerleaders and the terrifying The Silent Scream changed her persona from an alluring leading lady to a stern matron capable of dispatching people in gruesome fashions without batting an eye. 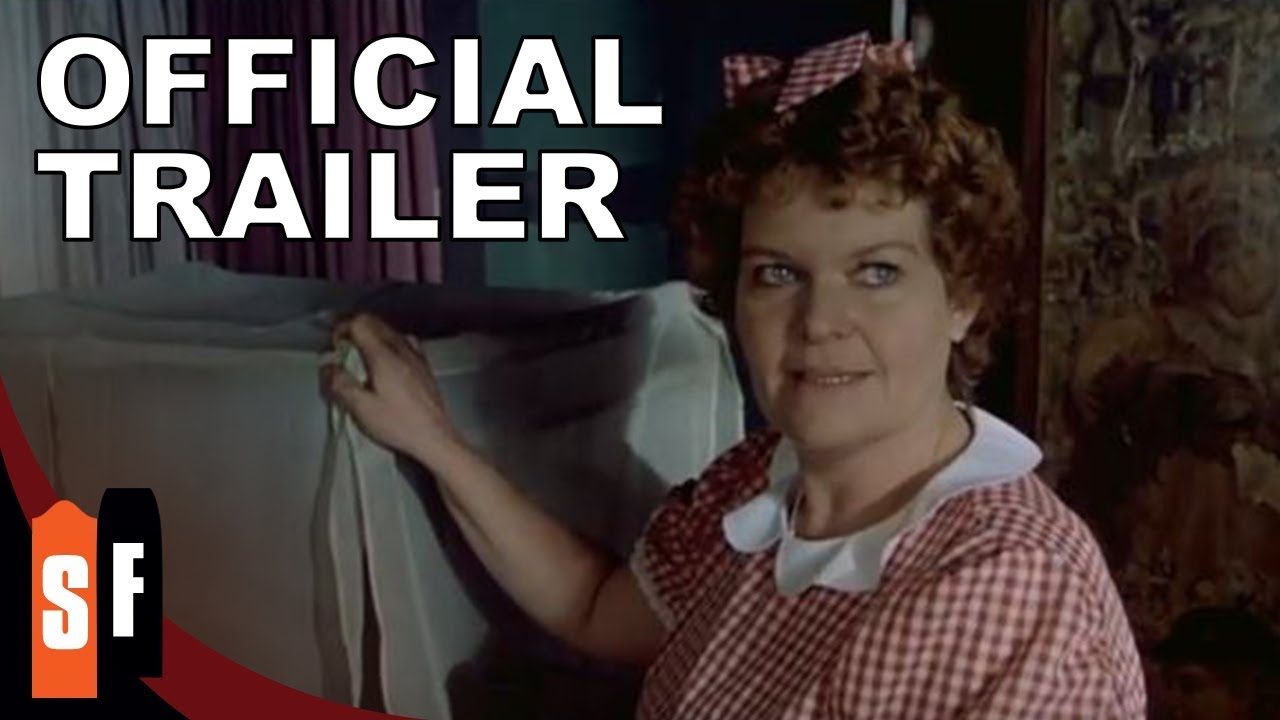 Her appearance in American Gothic (opposite another titan of the stage and screen, Rod Steiger) saw the actress playing Ma, the head of a homicidal family. She followed that production up with Cellar Dweller, a scare fest about a cartoonist who unwittingly unleashes a demonic force while creating one of her comic books. 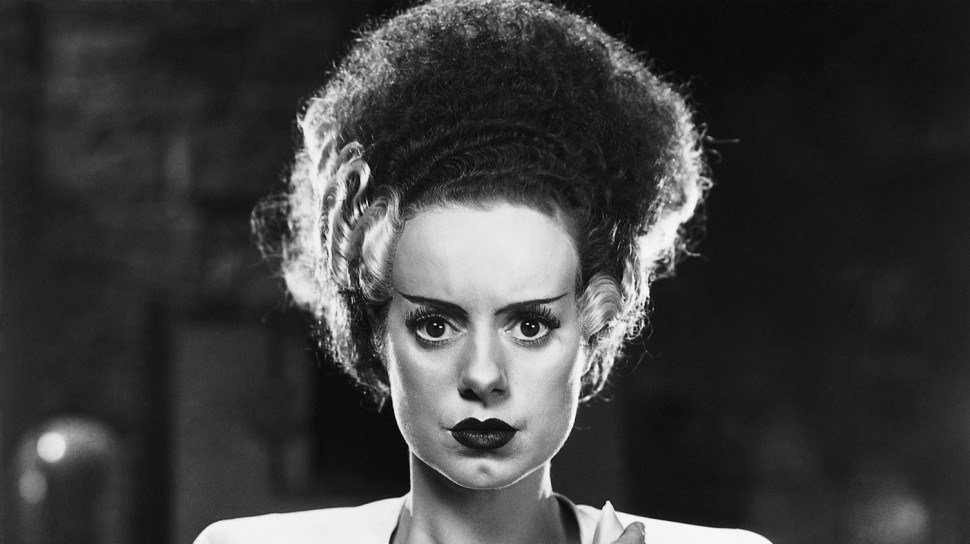 An unconventional theater thespian, Elsa began her career in the 1920’s where she appeared in productions in London’s West End as well as her own nightclub, the Cave of Harmony. It was while she and her partner, Harold Scott were performing plays by Pirandello and Chekhov that she met director James Whale.

Perhaps the most famous role she ever portrayed was in Whale’s film, The Bride of Frankenstein where the young actress cemented her place in horror cinema history as The Monster’s Mate. Her performance was so iconic that even today, cosplayers dress as her character.

The following year, she starred opposite Robert Donat in the horror/comedy, The Ghost Goes West. During the 40’s, she played in more conventional fare like Lassie Come Home with Roddy McDowall, and The Razor’s Edge which starred Gene Tierney and Tyrone Power. Ms. Lanchester was also featured in The Bishop’s Wife with none other than matinee idol, Cary Grant. 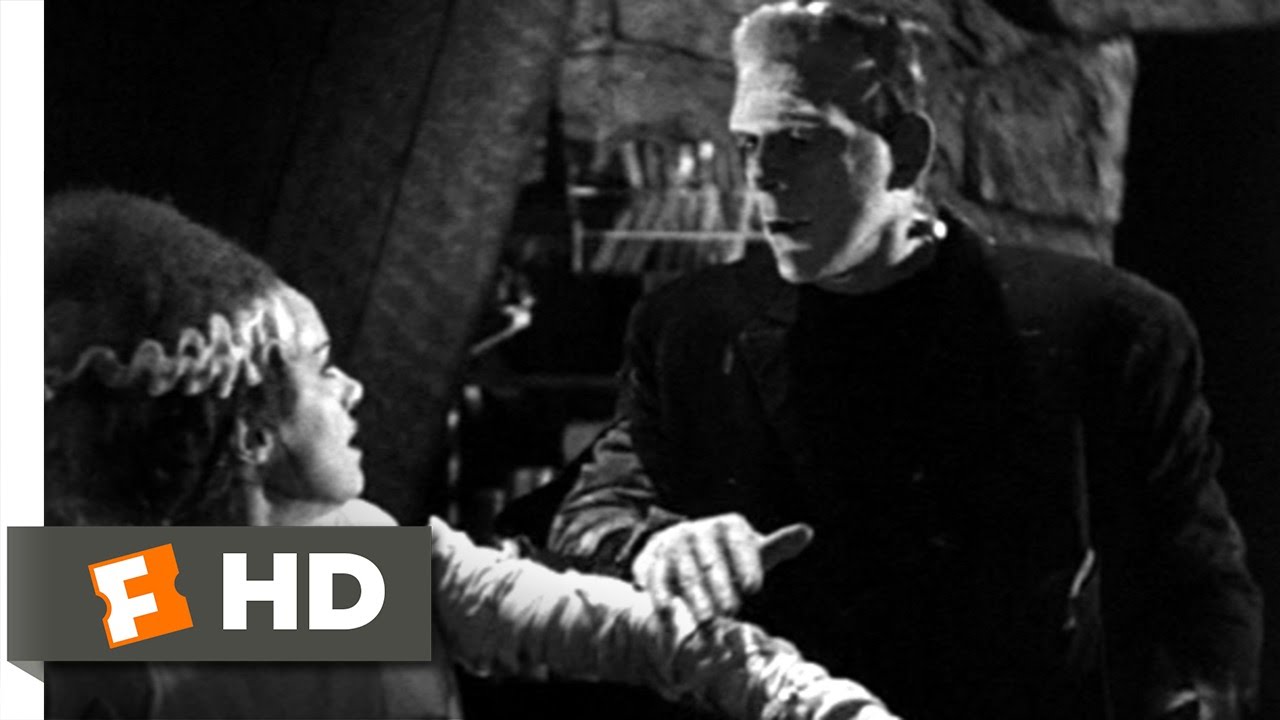 1971 brought Elsa back to the horror genre with a leading role in Willard about a boy who uses his pet rats to wreak havoc on school bullies. Two years later, she joined Ray Milland and Maurice Evans in Terror in the Wax Museum about the re-emergence of Jack the Ripper. 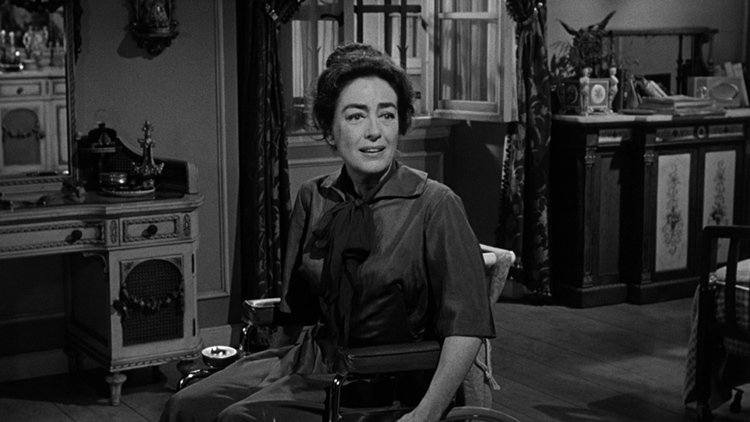 Whenever anyone speaks about classic leading ladies of the golden age of Hollywood, Joan Crawford’s name is always mentioned. An actress with a capital “A,” she began her career in silent film.

Joan began to hit her stride in the 30’s appearing in George Cukor’s wonderful ode to strong “dames,” The Women. Ms. Crawford held her own next to other forces to be reckoned with like Rosalind Russell and Norma Shearer.

Then, in 1945, she won the lead role in Michael Curtiz’s drama about a divorced woman who struggles with an ungrateful daughter in the touching, Mildred Pierce. It was Joan’s unforgettable performance that led to an Oscar win in 1946 for Best Actress.

Decades later she would get to star opposite her nemesis and bitter rival, Bette Davis in Robert Aldrich’s horrifying look at sisterhood gone wrong in What Ever Happened to Baby Jane? What made this film a box office draw was the fact that the two grande dames of classic cinema hated one another with a passion.

This fact made the venture even more poignant as Davis’ character torments Crawford’s relentlessly. One of the most chilling scenes in this harrowing effort involves Ms. Davis serving a cooked rat on a dinner plate to her invalid sister (Crawford). 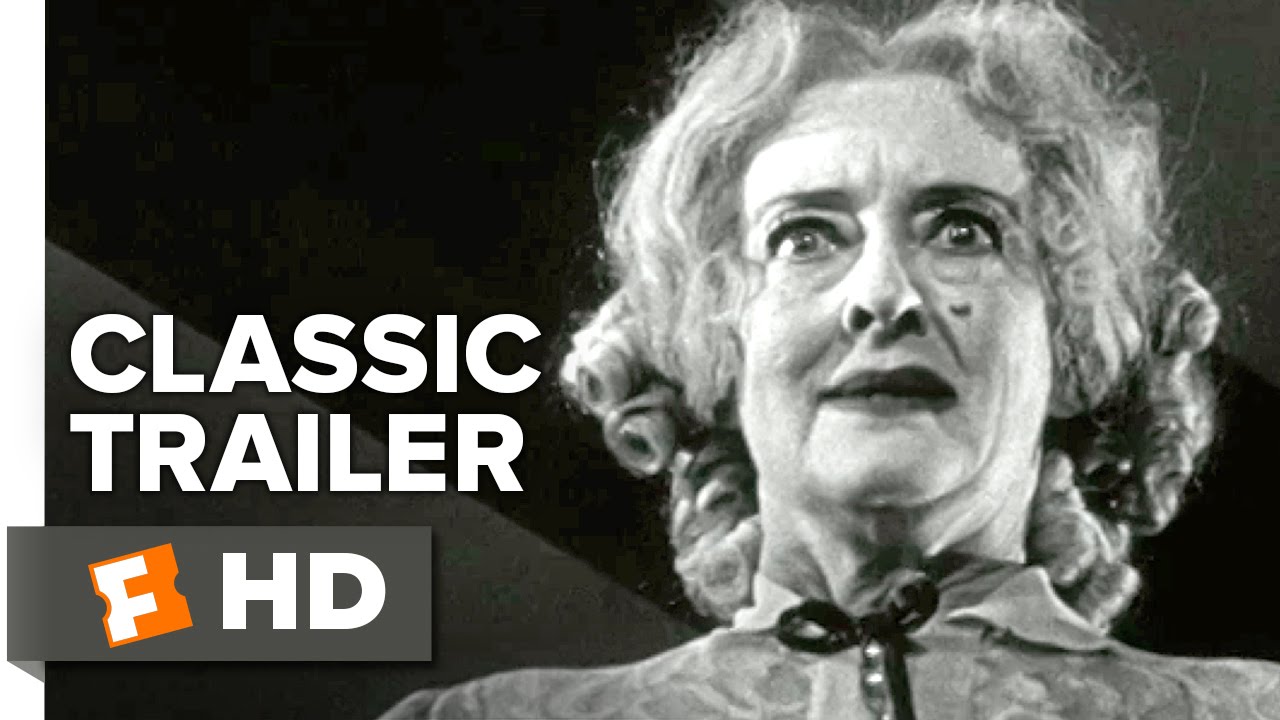 After this production, Joan went on to wield an ax in the disturbing Strait-Jacket for William Castle, as well as starring in a young Steven Spielberg’s first behind the camera effort, Eyes which was a segment featured in the TV pilot for Rod Serling’s Night Gallery. 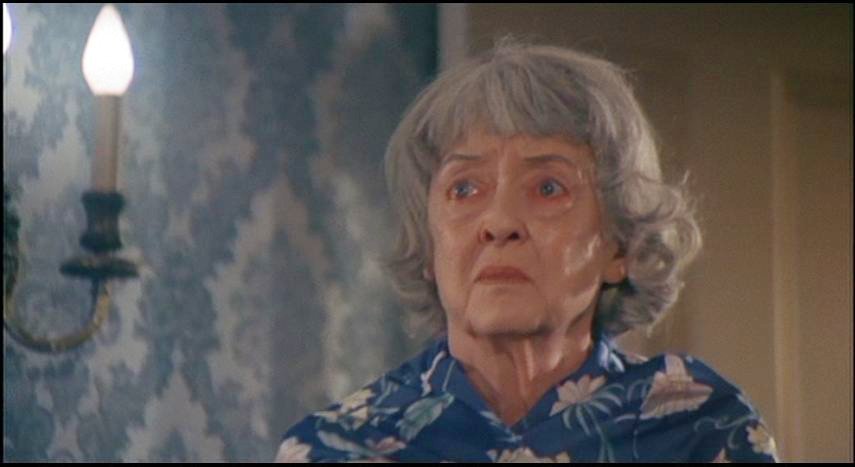 Another actress with two Oscar wins like Shelley Winters, (Best Actress- Jezebel/Best Actress – Dangerous) Ms. Davis is a cinematic icon. So, much so, that in the 80’s, singer Kim Carnes had a monumental hit record with her tune, “Bette Davis Eyes.”

Bette starred in so many classics such as All About Eve, Dark Victory and Now, Voyager it isn’t surprising that she was one of the top box office actresses for several years running. Later, in her career, the thespian turned to horror starring as over-the-hill, former child Vaudeville star, Baby Jane Hudson in What Ever Happened to Baby Jane?

Bette seemed to relish roles where she could unleash her dark side. In 1964, she starred in another Robert Aldrich effort, Hush…Hush, Sweet Charlotte.

The actress is mesmerizing on screen as the title character who is desperately trying to hold on to her sanity. Years ago, Charlotte was convicted of murdering her married lover but her wealthy father had the case dismissed. Now, she is being haunted by the ghosts of her past, literally and figuratively. 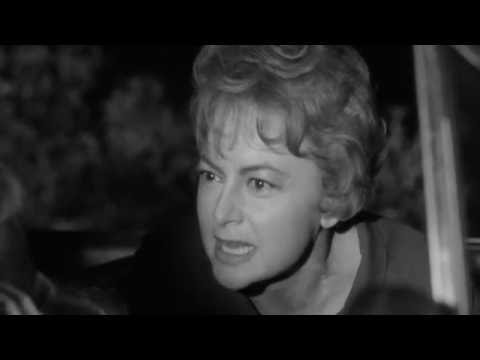 The 70’s and 80’s were prolific decades for Ms. Davis as she went on to star in Dan Curtis’ spooky tale of a possessed house, Burnt Offerings, the pagan ritual horror fest, The Dark Secret of Harvest Home, and The Watcher in the Woods. 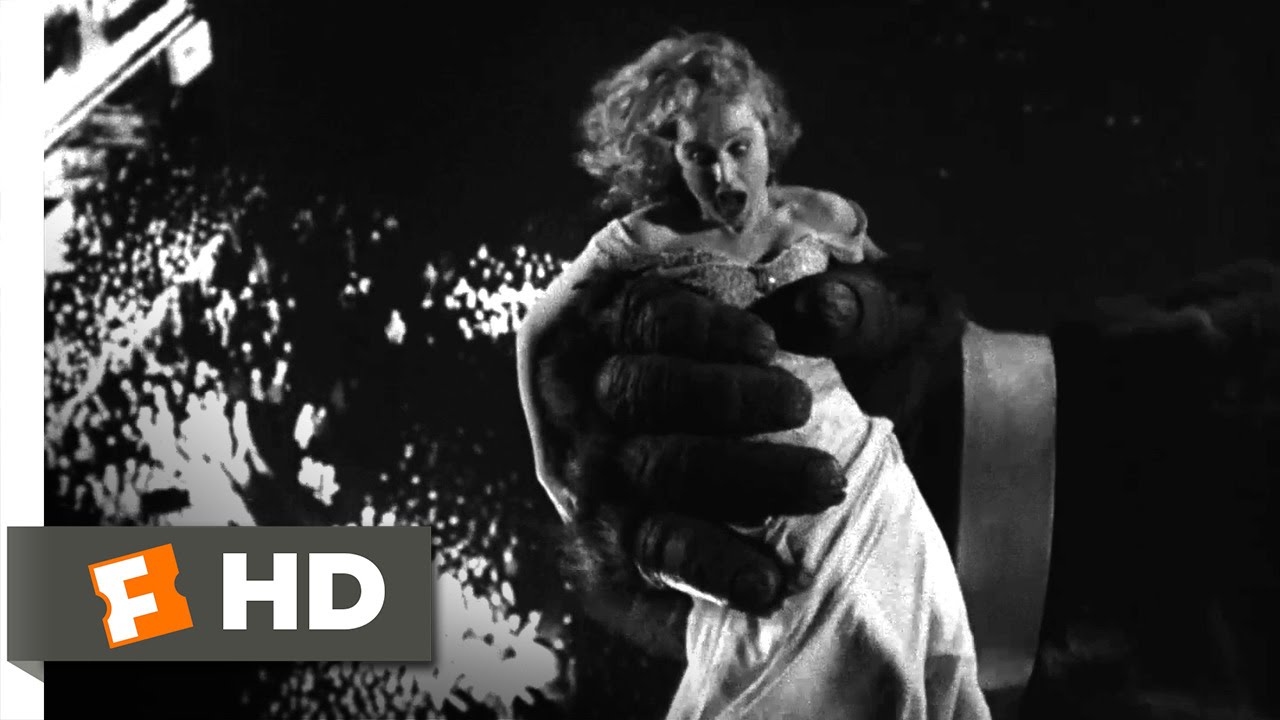 Women in Horror WIHM Elsa Lanchester Bette Davis
Could Clancy Brown Give the Dexter Revival the Boost It Needs?
Stuck in the Past: Movies are Comfort Food for the Soul
We Need to Talk about Bryan Cranston…
Comments