William Shatner vs Andy Griffith in Pray for the Wildcats 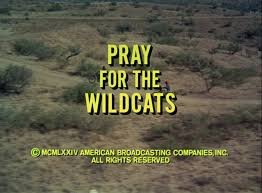 Pray for the Wildcats is a 1974 made for television movie which aired on ABC. I originally saw this film when I was a kid and the only reason for that quite honestly was William Shatner. Yes, I am a fan of Star Trek and no I don’t go walking around dressed as Yeoman Janice Rand on a daily basis or Uhura for that matter. At the time, it seemed like a good decision to watch it. However, several decades later, perhaps not.

The film stars William Shatner, Robert Reed (The Brady Bunch), and Marjoe Gortner (The Food of the Gods) as three advertising executives who are tasked with landing a prestigious account, Farragut Industries. Of course, they are met with some initial resistance and disinterest from the company’s owner, Sam Farragut as played by Andy Griffith. Shatner and company are trying to pitch the idea of shooting the campaign in Baja, California. Farragut states that the only way he will consider their proposal is if they do a 600-mile arduous trek on dirt bikes to the destination.

Of course, this seems plausible, doesn’t it? Shatner is cast as an older man of 44 (yes, that is so ancient) and the lead representative at the agency. At first, he balks at the idea of going on the journey citing too much work. Let’s face it, I probably would too if I were a character in this movie. What potential client of an ad agency suggests a road trip? This will probably end in tears.

However, we later find out that Shatner has more pressing matters at hand. He has been fired from the ad agency and the Farragut account is his swan song. Feeling the pressure of financial obligations such as twin girls in private school and a wife who insists on redecorating the living room, he caves in and decides to go on the grand tour of the desert. The reason why he is doing this is because he plans to kill himself so that his wife and daughters receive his newly purchased $200,000 life insurance policy.

This role is a departure for Shatner. His character is very restrained and oddly enough he conveys the fact that this man is wound tighter than an old timey watch. You get the feeling that at any minute he could “Kirk” out but Shatner manages to do a fairly decent job of reining in his natural impulse to overact. 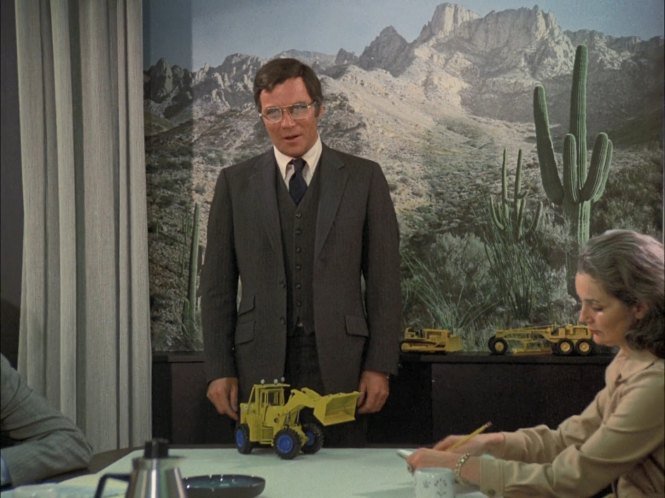 Meanwhile, Robert Reed is struggling with his own issues. He has always been Shatner’s right hand, go-to guy but now he has been granted the position of head honcho with Shatner’s demise. The home front isn’t too promising for Reed either, because his wife played by Angie Dickinson is constantly badgering at him to go on a vacation. For obvious reasons, he can’t and this just adds to their tension. In their scenes together, it is clear that this duo is headed straight to couples therapy. Not to mention the fact that Dickinson has been sneaking around with Shatner on the side.

Marjoe Gortner on the other hand is living the swinging 70s lifestyle in his pad with his live-in girlfriend. Nothing is wrong in his world because he is convinced that his creativity is going to get him places with Farragut. For some unknown reason, Gortner is fixated on Griffith’s character and he is constantly seeking his approval. When he tells his gal that he is going on the trip to Baja, she drops a bombshell on him by telling him she’s pregnant. Of course, Gortner’s reaction is to tell her that they’ll talk about it later when he comes back.

Finally, the odyssey begins. The boys head from the US border out to the great unknown.  You just know things will get dicey when Andy Griffith starts driving like Linda Blair in The Exorcist along the dirt roads. Of course, it helps that the groovy synthesizer music kicks in because otherwise you wouldn’t be able to figure out when things are going to get a little crazy.

The next thing you know, the group has stopped in a small town for a break. Do they get any food? Are you kidding? They just rode a couple hundred miles, why do they want to eat? Instead, they start slamming tequila shots. Well, everyone but Shatner who is outside “fixing” his bike.

For some reason, a blonde chick is sashaying around in a tight midriff top and low slung bell bottoms. Why not? That is what you would expect to see in a border town, no? She is dancing to some mariachi music real dreamy like she is an extra from a David Lynch film who just happened to wonder in to the wrong set. This gets Griffith going. He becomes a sex crazed maniac. 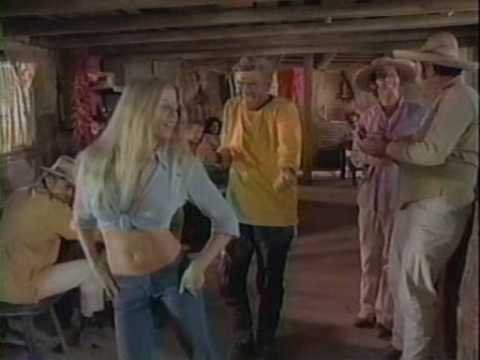 Now, before I continue, let that sink in. Yes, Sheriff Andy Taylor, father of Opie and nephew of Aunt Bea is a lecherous sleaze ball. He begins to dirty dance with her. The young waif is trying to escape his clutches when her hippie, surfer dude boyfriend suddenly appears and a brawl ensues between him and Griffith. Just in time before this can get any worse, Shatner appears and immediately stops the fight by talking some sense into Andy.

After this incident, the boys decide to leave town. They ride for a little while and end up driving to a cliff overlooking the Pacific. While they are taking in the beauty, Griffith notices the hippie couple from the bar are on the beach. Reed and Shatner can see that looking at the girl while she is frolicking naked in the surf is whipping Griffith into a frenzy again so they suggest moving on.

Andy reluctantly complies. Everyone takes off except for Shatner. We can tell by the music and the pained look on his face that he is contemplating revving his bike over the cliff. The feeling passes and he follows after the others.

Meanwhile back in the states, Angie Dickinson has just confronted Shatner’s wife with the fact that they were having an affair. At first, his wife ignores her but then things get passive aggressive. Dickinson’s parting remark to the woman is priceless. “Go ahead and paint your walls beige orange.” I don’t even know what color beige orange is but I do know that it would look hideous in a living room. Angie’s tone pretty much told Shatner’s wife off.

Across the border, we find that Griffith has taken off to find the road to Baja with Marjoe Gortner tagging along. As an aside, Marjoe looks and sounds like Matthew McConaughey. If ever Matthew needed someone to play his dad, they should bring Gortner out of retirement.  As if you couldn’t see this coming, Griffith goes back to the beach to see if he can hook up with the hippie honey.

At first, he lies and tells the girl’s boyfriend that he wants to apologize for the bar fight. Then he offers the guy $100 for “gas” money. The boyfriend seems very interested and willing to take it but then the light bulb goes on for this stoner. He accuses Griffith of wanting to buy his girlfriend for sex and another fight breaks out. This time it is serious. Griffith grabs an ax (why an ax is lying around, I do not know) and starts brandishing it at the fellow who becomes freaked out. He runs after his girl on the beach leaving Griffith to have a meltdown with the ax and the hippie’s radiator. 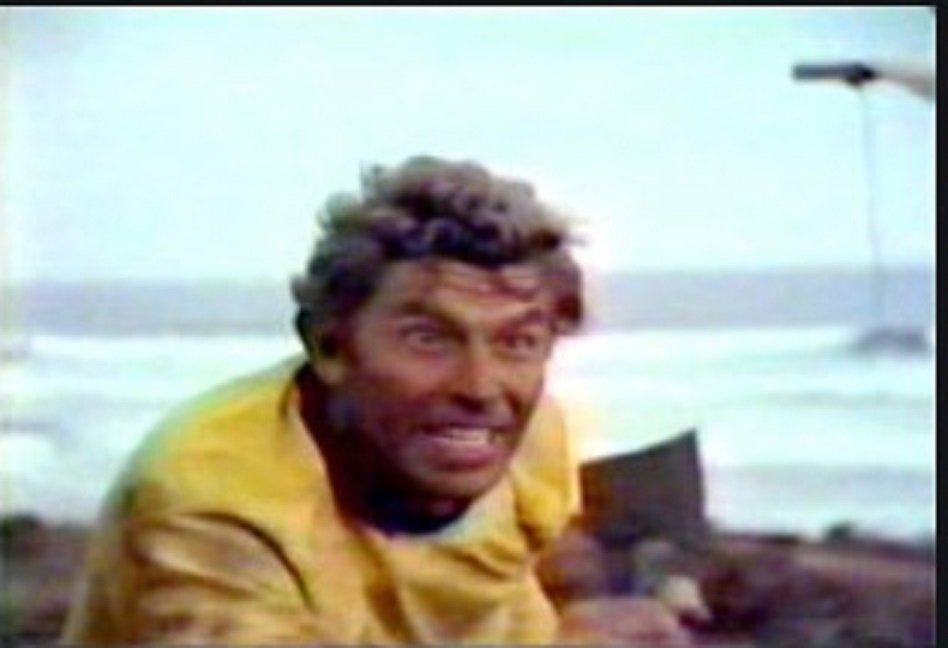 The two return to their camp. Shatner notices that they didn’t go in the direction that they set out in. Griffith gives a lame excuse of getting lost. Reed and Shatner look at Gortner to confirm but he defers. At this point, the federalis arrive via a helicopter. Captain Guiterrez quizzes the foursome to see if they ran into the hippie kids. Everyone denies it so the Captain ends up taking their traveling papers (remember this was the 70s) and tells them to go to the next town.

Once in town, the group finds out that the girl is in the hospital with a snakebite and her boyfriend is dead. Apparently, the girl is touch and go. They don’t know if she is going to make it. Griffith keeps denying that they had anything to do with the unfortunate incident.

Shatner on the other hand is stewing. He wants to confront Griffith and force him to go to the police. Robert Reed talks him out of it and also lets him know that he has his job now. Disgusted, Shatner tries to get Gortner to talk about what happened and Gortner lets him know that Griffith is making him a creative director.

Thoroughly depressed, Shatner grabs a bottle of tequila and gets trashed. Before you know it, he is passed out in the middle of the dirt street. The next morning, he wakes up in the heat of the sun to hear motorcycles departing. Reed tells him that the girl died and that they are free to go. Shatner races off to confront Griffith. 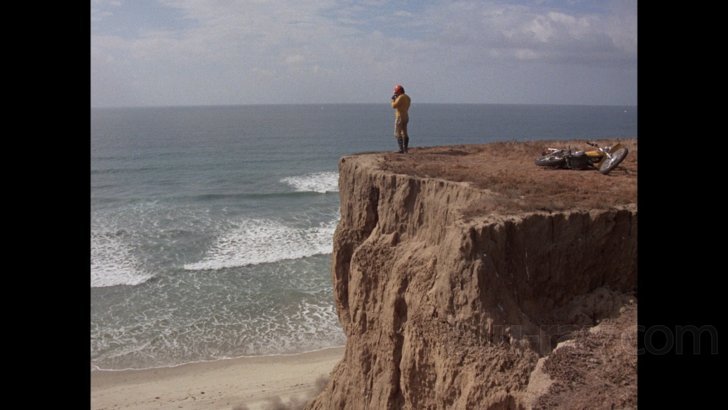 Events culminate with Shatner and Griffith duking it out on bikes along the cliffs at the beach. After some lame maneuvering where it seems like Shatner could just get off his bike and walk faster, Griffith attempts to launch him over the side of the precipice. Fortunately, Shatner stops short and Griffith goes sailing into the other world. This is done in slow motion and the minute the bike tires hit the sand of the beach, the bike explodes. No more tequila shooters for Andy.

If you are ever in the mood for a bad retro movie night, I can recommend this for the laughs. If not, skip it. The plot is predictable, the writing is poor but the actors at least are attempting to perform. I am still trying to recover from Griffith’s turn as a dirty old man. It may haunt my dreams for a while but I don’t mind watching these types of flicks so that you don’t have to! 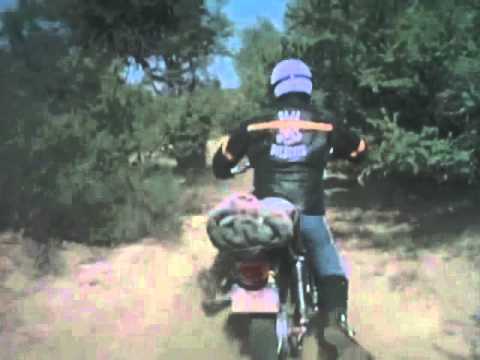 William Shatner Pray for the Wildcats Andy Griffith Made for TV Movie
Could Clancy Brown Give the Dexter Revival the Boost It Needs?
Stuck in the Past: Movies are Comfort Food for the Soul
We Need to Talk about Bryan Cranston…
Comments