Did the Knights Templar & Our Founding Fathers Hide Ancient Artifacts? 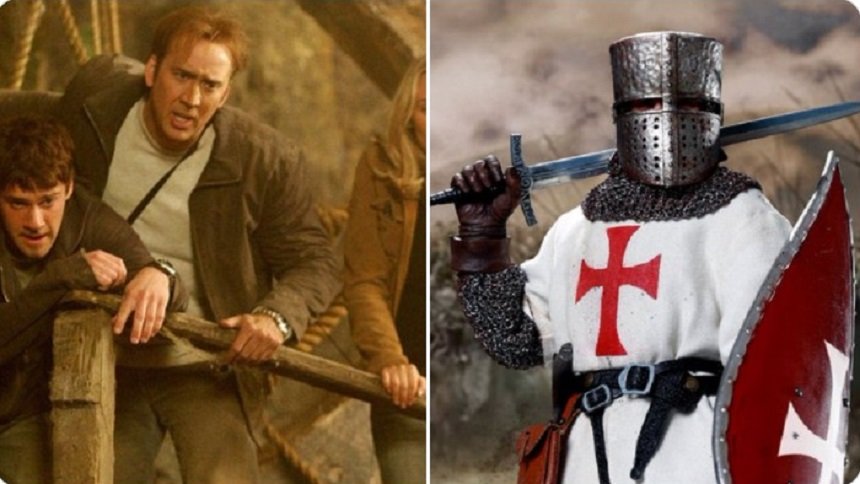 What do you think of when you hear the words, Knights Templar and American monuments in the same sentence? If you’re like me, your adventure loving brain goes right to the insanely entertaining blockbuster National Treasure, starring Nicolas Cage, a man who can turn any script into a masterpiece simply by uttering the words on the page.

For the 12 of you reading this who have yet to see this film (seriously, what are you waiting for? Go watch it NOW!), here is the synopsis:

“Ever since he was a boy, Gates has been obsessed with finding the legendary Knights Templar Treasure, the greatest fortune known to man. As Gates tries to find and decipher ancient riddles that will lead him to it, he's dogged by a ruthless enemy who wants the riches for himself. Now in a race against time, Gates must steal one of America's most sacred and guarded documents – the Declaration of Independence – or let it, and a key clue to the mystery, fall into dangerous hands.”

Sounds like a fun work of fiction, right? But what if I told you that, as of yesterday (just a few days before the end of 2021) we have tangible proof in the form of a newly unearthed cornerstone box (which was found underneath the recently removed and dismantled Robert E. Lee monument in Virginia) containing evidence that the Knights Templar were indeed involved in our government in some way dating back at least to the Civil War.

Now, before you start digging through the National Archives in search of a hidden map (remember you need heat and acid to make invisible ink visible), let’s run through the cliff notes version of just who the Knights Templar were and what this finding could mean for American history, and history in general.

According to The History Channel:

“The Knights Templar was a large organization of devout Christians during the medieval era who carried out an important mission: to protect European travelers visiting sites in the Holy Land while also carrying out military operations. A wealthy, powerful and mysterious order that has fascinated historians and the public for centuries, tales of the Knights Templar, their financial acumen, their military prowess and their work on behalf of Christianity during the Crusades still circulate throughout modern culture.”

Basically, the Templars started the modern-day banking system. Pilgrims traveling to the Holy Land would leave their worldly possessions in the hands of the Knights for safe keeping so no one would steal it from them on their journey. Then when they arrived at their destination, they would withdraw their funds.

The wealth of the Knights Templar grew exponentially, eventually rivaling many royalty of the time. But unlike many others in power, the order adhered to a strict code of conduct. They took oaths and most importantly, they truly believed that what they were doing was right. Like most who have strong values that are directly connected to their belief in a higher power, they were willing to die for their cause.

By the early 1300s, King Philip IV of France decided he had enough of the Templars and vowed to destroy the order. While there are many schools of thought regarding why King Philip hated them so, a prevalent one includes a vendetta because they wouldn’t give him a loan.

On Friday, Oct.13,1307, under the King's command, dozens of Knights Templar were arrested, including the organization’s head, Grand Master Jacques De Molay. They were tortured horrifically until they “confessed” to a litany of false charges, including gems like heresy, homosexuality, devil worshipping, spitting on the cross, and more. We can thank good old King Philip IV for our modern-day fear of Friday the 13th.

Under supposed duress from the King, Pope Clement V disbanded the Knights Templar officially, and both King Philip and King Edward II of England eventually took possession of the Templar assets.

So, if the Knights Templar were disbanded in the 1300s, why would a list of past and present members dated sometime in the 1800s exist and why would they be buried underneath a monument of a Confederate statue?

The answer is surprisingly simple. Not everyone believes all the Templars were killed. Popular lore claims that many of their sect got wind of King Philip’s plan and fled the country, possibly with some of their treasures. Others think the reason they were willing to die for their cause was because they were in possession of humanity’s greatest treasure — The Holy Grail. 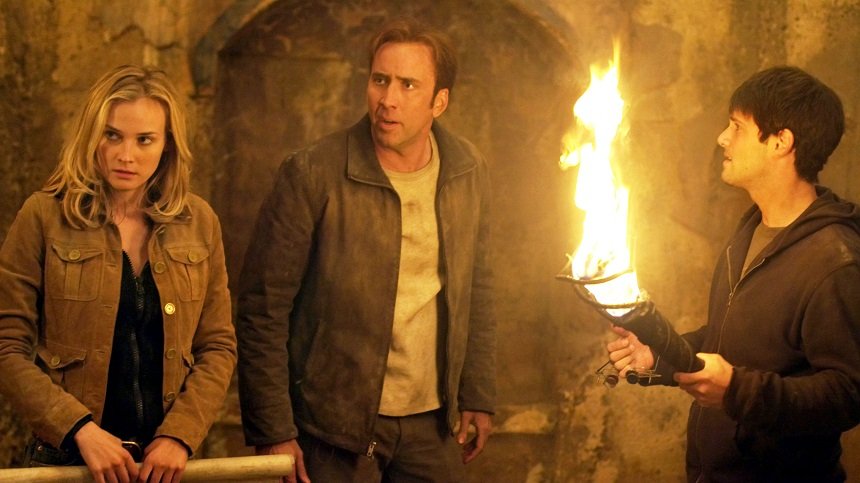 This is one of many theories mentioned in The History Channel's cult classic show, The Curse of Oak Island. Apparently, the Templars took the Grail and moved it to the tiny isle, possibly burying it in the infamous money pit (which is a pit somewhere on the island thought to contain... wait for it... money!). An iron cross dating back to the time of the Templars was actually found on the island, giving at least some credence to this theory.

So, we have proof that someone in possession of a Knights' Templar cross was in North America pre-1600. And we now have proof that an order that called themselves the Templar were involved in the Civil War in a large enough scale to be able to put together a box and bury it underneath the foundation of a monument, a box that included a list of names of past and present members of The Knights Templar, as well as confederate money, the classic Freemason symbol of the square and the compass (our founding fathers were mostly freemasons, which is a brotherhood/secret society of sorts that took some of the templar rituals and traditions and made it their own), newspapers, and a coin with the insignia “see no” on one side and “evil” on the other.

Does this mean we could have a real national treasure situation on our hands? Did the Knights Templar work with our founding fathers and then the leaders of both The Union and The Confederacy to hide important artifacts in buildings, monuments and documents so valuable to the American people that the chances of anyone searching there were deemed slim to none? Let’s just say if I were a betting woman, I’d include that on my 2022 Bingo card. 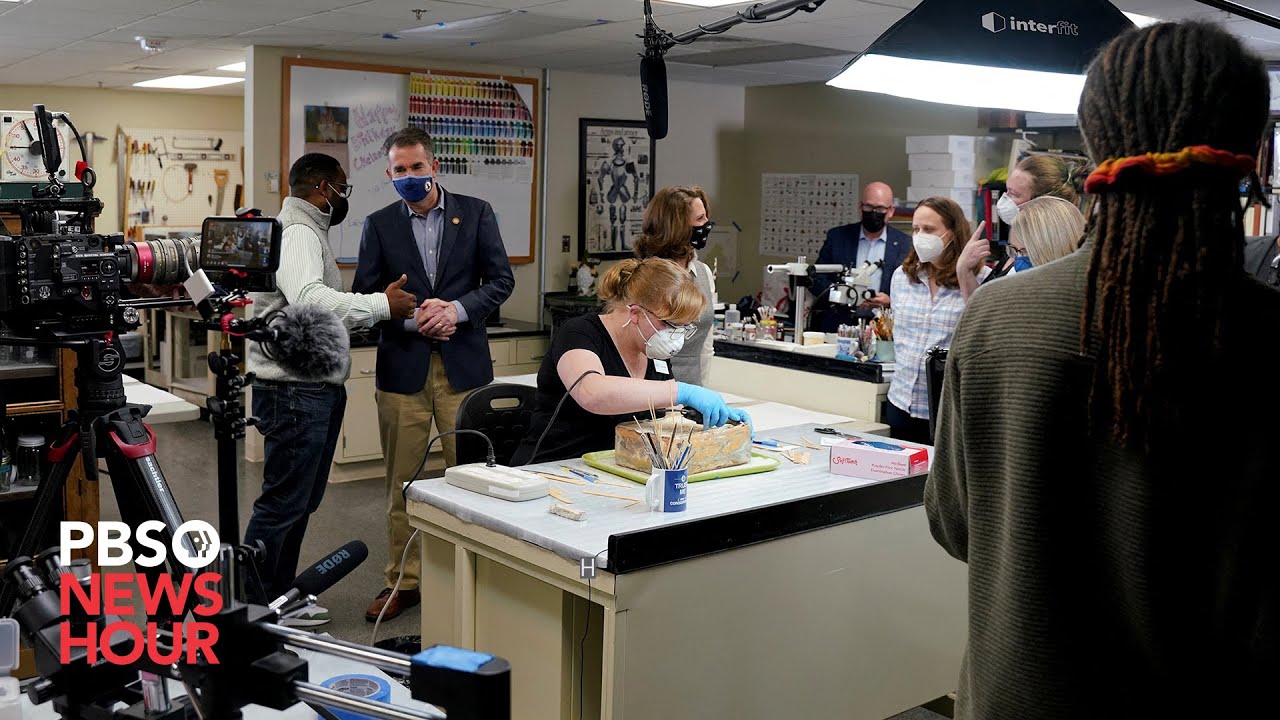