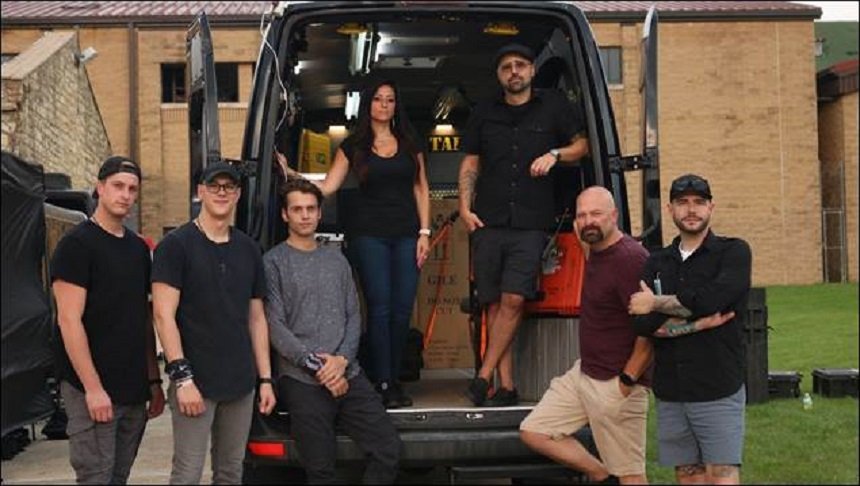 Ah, the new year. A time when we collectively take a step back to contemplate where we’ve been and where we’re going. We make resolutions, big and small, and hope we have the fortitude to follow through on our desires.

It truly is a time of new beginnings, a chance to improve ourselves and the world around us. Ghost Hunters, the renowned paranormal show that started it all, is no stranger to transformation, so it’s only fitting that their official new-series reboot premieres on New Year’s Day, only on Discovery+.

Original members Jason Hawes, Steve Gonsalves and Dave Tango, along with Shari DeBenedetti, do what they do best: investigate haunted locations with poise, grace, and kindness that extends to the spirit realm.

“It’s such a great feeling doing what we love together as a team and under the show name that created a genre,” said Hawes. “Ghost Hunters is back with the names and faces you recognize, investigating some incredible locations with new equipment and in our style.”

According to Dave Tango:

“This whole new season has some of the creepiest locations, best evidence and familiar faces that the viewers will be thrilled to see. I'm excited for everyone to get that classic Ghost Hunters nostalgia they've been missing, but in a whole, fresh new way.”

“We found ourselves in some truly frightening situations this season that helped us capture some of our best evidence to date.”

TAPS greatest strength lies in their relationships within the paranormal community, a fact evident by the numerous familiar faces present throughout the season. The premiere episode features Dakota Laden, Tanner Wiseman and Alex Schroeder of Destination Fear investigating alongside the TAPS team at the infamous Old Joliet prison in Joliet, Illinois. This inspired pairing is sure to delight fans old and new, as the two teams perfectly mesh together like Halloween and candy.

Other paranormal experts appearing this season include UFO Witness host, Ben Hansen, The Ghost Brothers, Dustin Pari, Amy Bruni and Adam Berry of Kindred Spirits, former Ghost Hunters' investigator Kris Williams, and even Meat Loaf himself, who searches for all things supernatural like a bat out of hell.