Great Scott: Josh Gates is back! 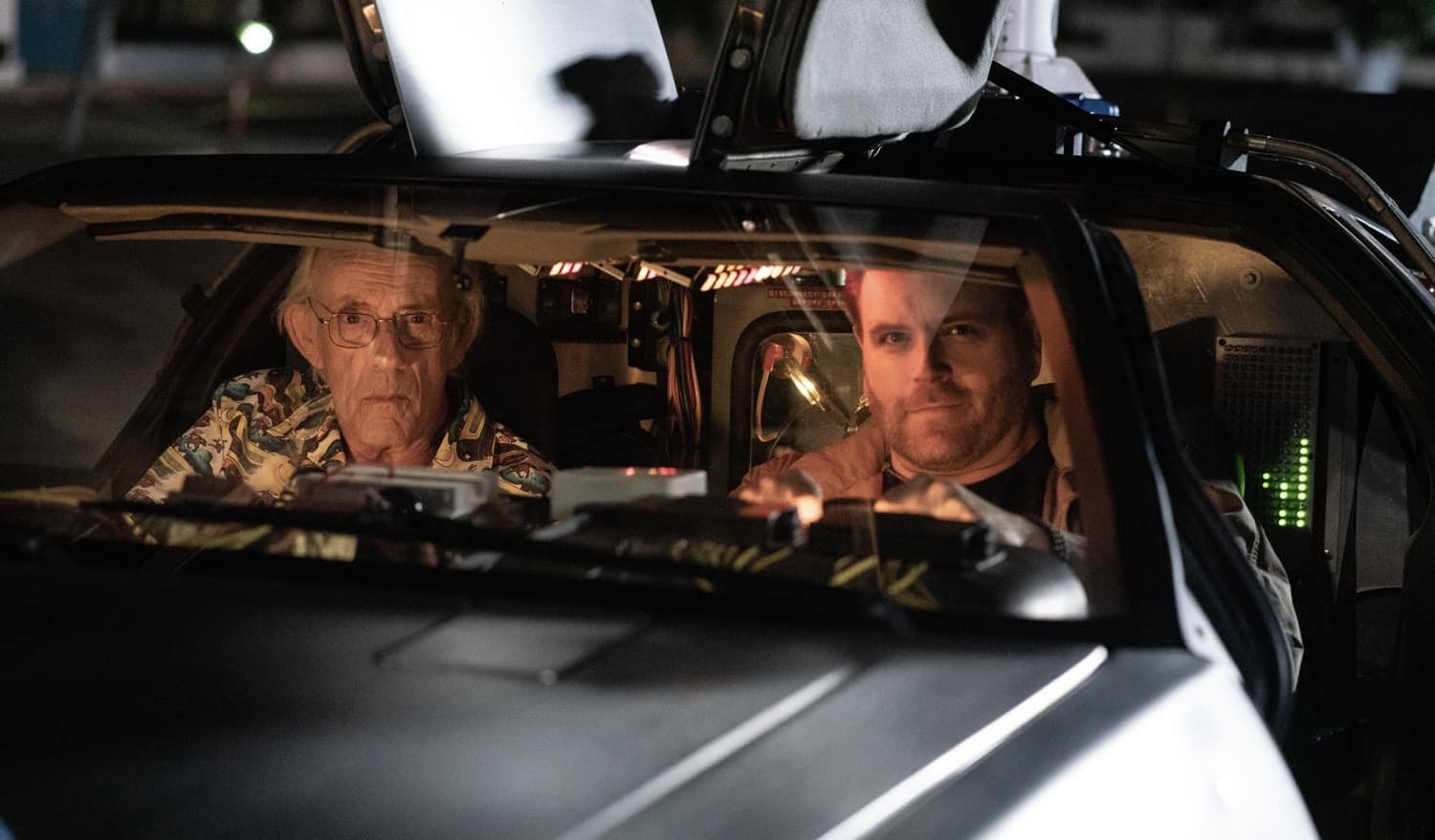 After what seems like forever, the master of all things expedition is at it again, only this time, it’s for a great cause.

On the discovery + exclusive Expedition: Back to the Future, Josh Gates teams up with Christopher Lloyd and embarks on a quest so epic it needs four episodes. Their mission? To find the correct DeLorean time machine from the iconic sci-fi cult classic trilogy Back to the Future in order to raise money for the Michael J. Fox Foundation for Parkinson’s Research.

The series starts out in classic Expedition fashion, with Josh standing on a deserted road reciting a monologue about time travel. Suddenly and without warning, a Tesla materializes from thin air and comes to a screeching halt.

Its gull wing doors open with all the fanfare you’d expect from such a scene. Christopher Lloyd emerges from the car, says his name is Doc Brown, and hands Josh a newspaper with the headline “DeLorean Time Machine Raises Record $$$ For Foundation.”

Underneath the headline is a photo of the actor, Josh Gates, and Michael J. Fox standing in front of a DeLorean. And right before our eyes (come on, you knew this part was coming) the car stars to fade away.

Even Josh himself seems confused and in awe of his current situation and says:

“Okay, I know what you’re thinking. Me, Josh Gates, an actual person on TV. Meeting Doc Brown a fictional person from the movies. Believe me I am just as confused as you are.”

And that’s just the first 5 minutes of the mini-series! It only gets more meta and amazing from there.

Once Josh teams up with the real Christopher Lloyd, the race is on to find the auto in the photo before the future fades out of existence. But there’s just one snag.

The production used more than one DeLorean. Seven vehicles were used in the film.

Throughout the series, Josh and Christopher uncover the history and whereabouts of all seven DeLoreans, have wild adventures with the help of surprise cameos from the original BTTF cast and crew, and share tidbits from the trilogy that will make even the most diehard fans squeal with glee.

Do they find the right car? Will they raise all the funds to support Parkinson’s research? Well, as the great Doc Brown once said, “Your future hasn’t been written yet. So, make it a good one!”

To bid on items from Back to the Future, please visit Charitybuzz: Time Machine.