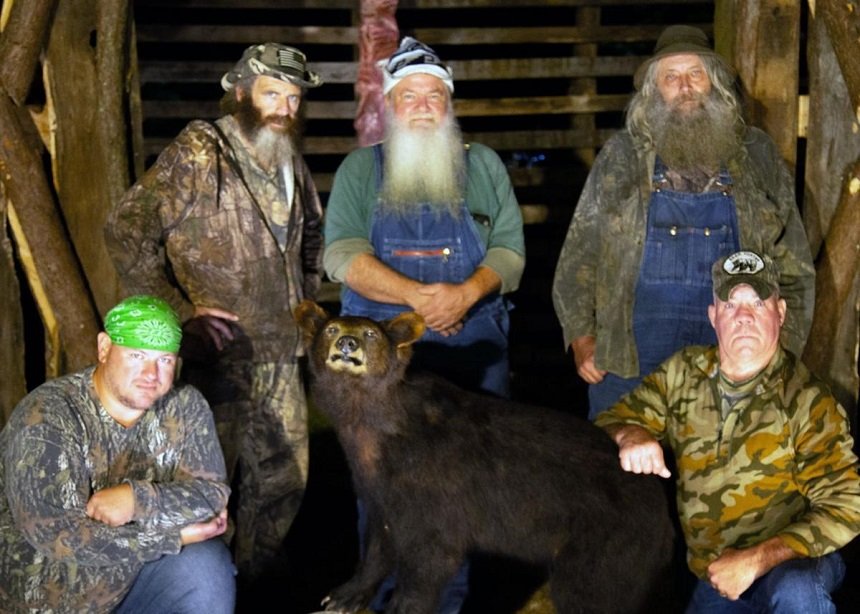 Hey cryptozoology lovers, rejoice! Mountain Monsters, the little cult classic series that could returns! Starting Jan. 2, you can sit back, relax, and watch the Appalachian Investigators of Mysterious Sightings (AIMS) team as they search for Sasquatch, smoke wolves, and other cryptid favorites on both Travel Channel AND discovery+!

But not just any mystery. This episode deals mostly with Trapper, and it sets the team up for an adventure far beyond their wildest dreams.

The AIMS team receives a gift, an old shoeshine box belonging to their late colleague. While most of the items contained in the box have unknown meanings, one object stands out above the rest, an old picture of Trapper seated next to a Tygart Valley sign.

What could this mean? Why was he photographed at that particular spot? And why was it included in a box with items that clearly have significant value? (People don’t just throw random items in a box for safe keeping…)

Armed with this newly discovered information, and with the enigmatic box from Trapper in hand, the AIMS team heads to the one place that makes sense now, the Tygart Valley, only to realize the region is a true hot spot for cryptozoic activity.

Along the way, they learn that the infamous Grafton Monster, a large humanoid cryptid, has migrated to Tygart Valley, claiming the livestock in the region for its own. This disturbing news lights a fire under the team and leads them to the shocking discovery that there’s a turf war between smoke wolves, Bigfoot, and the Grafton Monster and Trapper might have known about this, all along.