In 1957, police in Plainfield, Wisconsin arrested a man on suspicion of murder. They gathered enough evidence to obtain a search warrant, expecting it to be a classic open and shut case. But when the cops entered his home, they found a decapitated body and so much more.

Inside the farmhouse, they discovered a slew of body parts scattered about and repurposed as everyday items. Yes, you read that correctly. There were waste baskets made of human skin, bed posts fashioned from human skulls, leggings created from actual leg skin, and a face mask constructed from female skin (among other gruesome findings).

When interrogated, this twisted soul admitted to killing two people, and claimed the other body parts (you know, the ones he made clothes and household objects out of) were not from women he murdered, but were instead from stolen female corpses he acquired from local cemeteries.

The police, shocked at the entire situation, then asked the question you are probably asking yourself at this very moment: “Why?” The sadistic man simply replied “I was compelled to.” And when they dug deeper, they learned the extent of his depravity, as this wretched human had grand plans of wearing a suit built from human flesh so he could commune with his dead mother. 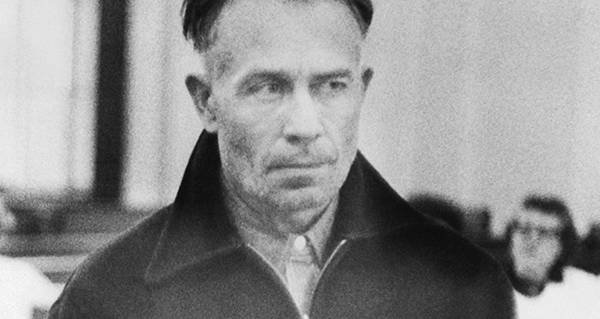 After confessing to the killings, this malevolent person pled not guilty by reason of insanity, and was subsequently deemed unfit to stand trial. However, in 1968, that verdict was overturned and he was found guilty of one count of murder. But and this is where it gets a bit complicated, it was determined that this degenerate was in fact insane at the time of his crime, and was therefore returned to the mental hospital where he lived out his days until his death in 1984.

If this story sounds like something out of a Hollywood movie, well, you’re not that far off. The man who committed these heinous crimes was none other than Ed Gein, also known as the Butcher of Plainfield. And it’s his behavior that was the inspiration for some of the most influential horror movies of the 20th century like Psycho, The Texas Chainsaw Massacre, and The Silence of The Lambs.

Every year, paranormal teams from near and far flock to Plainfield in the hopes that they can discover the origin of the darkness that influenced Gein to commit his horrendous acts. So, when I got word that paranormal investigator Steve Shippy and psychic medium Cindy Kaza were teaming up for a documentary special on the real-life Norman Bates, my little supernatural loving heart soared with delight.

I’ve been a fan of Steve Shippy’s work for years, going all the way back to when A Haunting in Saginaw, Michigan and his other subsequent documentaries were first released on Amazon Prime. There’s something intangible about his vocal tones that captures your attention (which could be due to his billboard charting music career as the rapper Prozak) and draws you in from the moment he speaks.

Cindy Kaza stars on my favorite discovery+ show, The Holzer Files and her psychic abilities, camera presence and knack of storytelling are what makes that series shine brighter than the sun. I’d watch her do pretty much anything including reading the phone book as I have no doubt, she’d uncover some secret mystery about it using psychometry (the ability to sense an object’s history through touch).

Needless to say, when you combine these two amazingly creative paranormal professionals and set them off on an investigation to uncover if evil truly does still live in Plainfield, Wisconsin, it’s gonna be one hell of a ride. And I for one can’t wait to jump on in and see where it takes me.