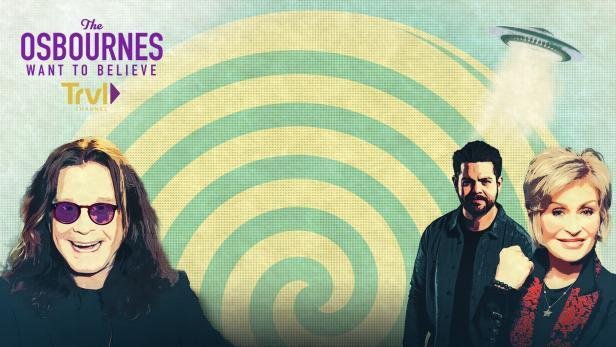 Now, you might think that Ozzy and Sharon Osbourne (the Prince and Princess of Darkness) would believe in the supernatural but appearances can be deceiving. That’s where their son, Jack Osbourne comes in.

Armed with a plethora of videos that may or may not contain evidence of the paranormal, Jack attempts to turn his skeptical parents into believers. The trio rate each video on a scale that could only be devised by an Osbourne, discuss the plausibility of what they just watched and in typical Osbourne fashion, go off on side notes and tangents that will make even the most cold-hearted human chuckle with glee.

Fans of the Osbourne family know that the interactions between Ozzy, Sharon and Jack are the heart and soul of this show. The love and respect they have for each other permeates the screen and the banter between them is a master class on how to converse in a thought-provoking and humorous manner.

Oh, and they have puppies! Adorable scene-stealing puppies that seem bored to death by pretty much everything and anything, which makes them that much more endearing.